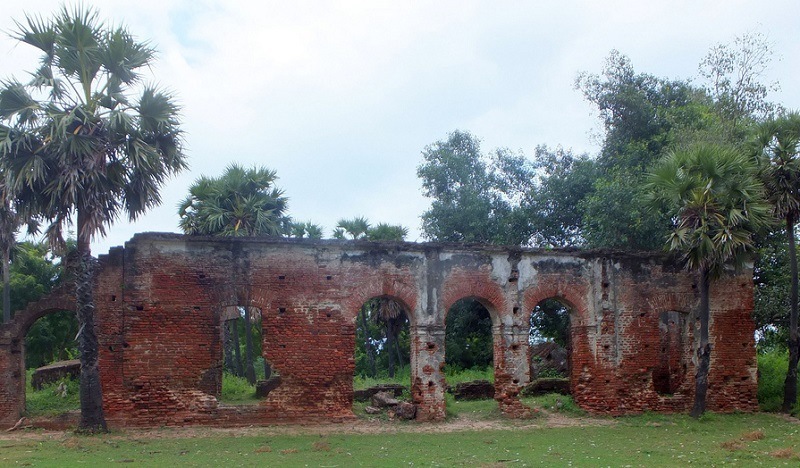 #28 of 29 Places to Visit in Pondicherry

At a distance of 7 km from Pondicherry Bus Station, Arikamedu, the ancient Roman trade center is situated on the banks of Ariyankuppam River. Remains of the port which was a major maritime center between the 1st century BC and the 2nd century AD have been unearthed during excavations. Arikamedu is of special importance in South Indian archaeology and it is best known for its stone bead production.

The port town was inhabited by Romans and Cholas and evidence of their stay have been unearthed by archeologists. It is believed to be the only city with an archaeological record of Roman presence in India.

Arikamedu started off as a fishing village but with the development of trade, the village was replaced by a brick built harbour town. Today, only ruins of the town remain. Besides maritime commerce, evidence has also been unearthed of inland trade with Kaveripattinam, Alagankulam, Musiri and Suttukeni along the river. Various textiles, beads, terracotta artifacts, gold and jewellery were exported to Roman ports and other countries in the East from Arikamedu.

Arikamedu was affected by cyclone Thane in 2011 and just the walls remain today.