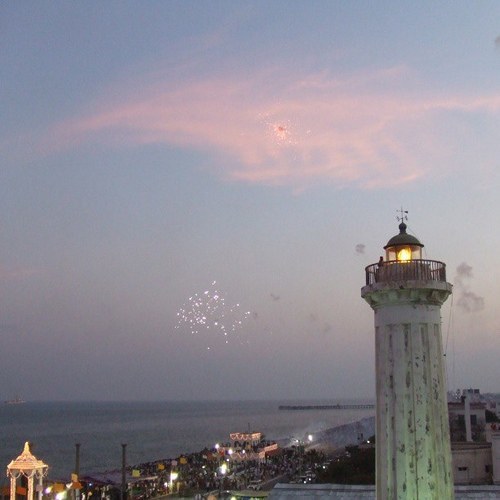 #27 of 29 Places to Visit in Pondicherry

At a distance of 3 km Pondicherry Bus Station, The Old Light House is one of Pondicherry's most famous landmarks and is situated on Goubert Avenue.

The engineer of the project, Louis Guerre laid the foundation of this Lighthouse in 1835. The lighthouse is 29 meters high. Its round tower sits on a square base with a foundation 9 meters deep to stabilize the sandy ground on which it was built. However, the beacon had not arrived from France so the lighthouse was not operational until July 1836.

The light house was considered to be quite modern for that time with its unique structure. Its light beam could be seen from a distance of 15 miles. The light source consisted of six oil lamps and two reflectors. The light source was converted to electric lamps in 1913. The new lamp had a range of 26 nautical miles.

The lighthouse was shut down in the year 1979, but is an interesting place to visit.