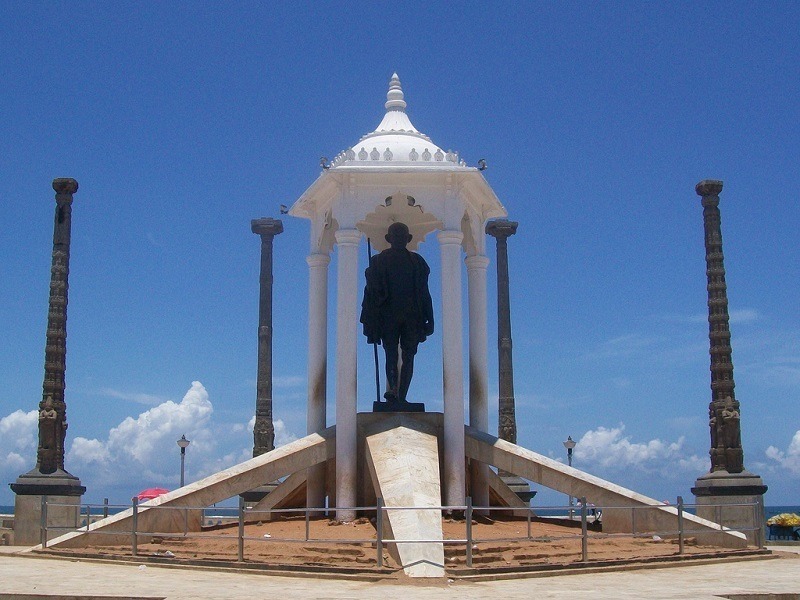 #10 of 29 Places to Visit in Pondicherry

At a distance of 2.5 km from Pondicherry Bus Station, The Statue of Mahatma Gandhi is located on the beach front of Pondicherry. Built by the famous sculptor Roy Choudhary from Madras School of Art and Crafts, it is one of the major landmarks in Pondicherry. It is surrounded by eight exquisitely carved monolithic granite pillars which were brought from Gingee Fort.

The statue stands 4 m (13 feet) high is the 3rd biggest Mahatma Gandhi statue. It was inaugurated on January 26, 1965. The square in front of the statue referred to as Gandhi Thidal, plays host to various cultural and musical activities through the year.

There is a tunnel below the Gandhi statue which is believed to be leading to Gingee Fort. There were some efforts to explore the tunnel. But, after a few people died of suffocation, the tunnel was closed.