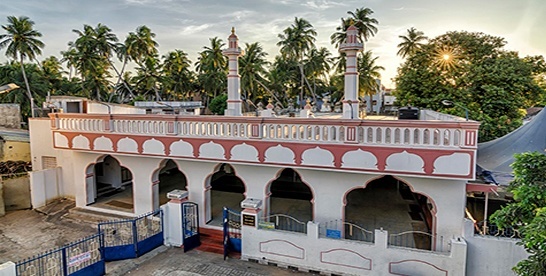 #29 of 29 Places to Visit in Pondicherry

At a distance of 2 km from Pondicherry Bus Station, The Meeran Mosque, also known as Meerapalli, is the 2nd oldest mosque in Pondicherry. It was built by the Arcot Nawabs in late 17th century.

Meeran Mosque was built in the old Gothic Islamic style of architecture. The Dome of the Mosque is supported by four lofty. In order to enhance the beauty of the facade minaret a Bronze Kalasa is placed on the top of the structure. The Meeran Mosque is also the resting place of the grave of Meeran, the one who constructed the Mosque.