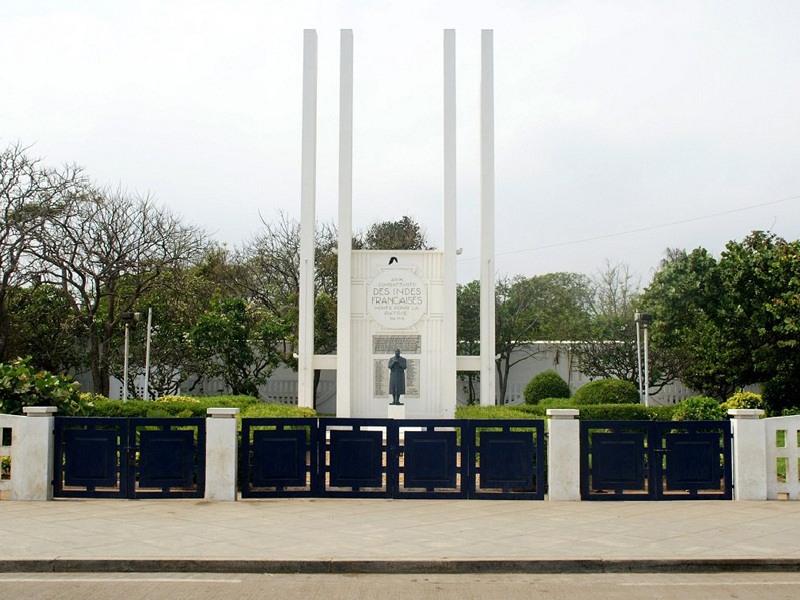 #13 of 29 Places to Visit in Pondicherry

At a distance of 3.5 km from Pondicherry Bus Station, French War Memorial on Goubert Avenue is located in French Quarter (White Town). It was built in 1971 to commemorate the brave soldiers who laid down their lives during First World War.

The memorial has four stark white columns with a life-size statue of a soldier leaning on a rifle. On the memorial there is an inscription that says, 'Aux combattants des Indes Francoises morts pour la patrie, 1914-1918' which means French fighters of India who died for their country in 1914-1918.

The memorial is a popular tourist attraction in Pondicherry. There is a small garden built around the monument. The Memorial is beautifully illuminated on the Bastille Day which is celebrated on 14th July.