Church Of Our Lady Of Angels 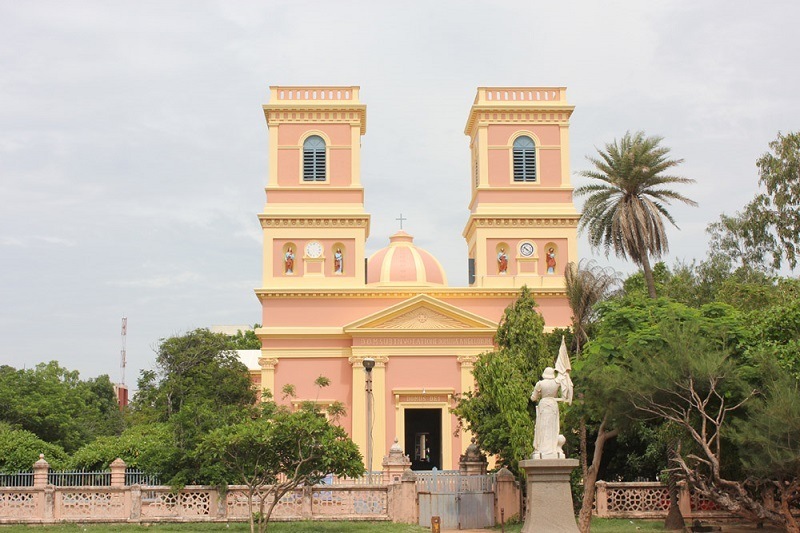 #25 of 29 Places to Visit in Pondicherry

At a distance of 3 km from Pondicherry Bus Station, The Church of Our Lady of Angels, also known as Eglise de Notre Dame des Anges Church is one of the popular churches in Pondicherry.

The Church was built in 1865 by French Missionaries in the Greek Roman architectural style. It was modeled after the Basilica at Lourdes located in Southern France. The masonry is done using the fine limestone, mixed with white part of the egg, giving it a texture that looks like a white marble. The church is named in the honor of Blessed Virgin Mary under the title of Our Lady of the Angels.

The facade of the church has two large columns. The interior central dome has eight circular openings. The pastel peach and lime colours give it a very serene appearance. This church is also famous for its rare oil painting of Our Lady of the Assumption, which was a gift from the French Emperor, Napoleon III.

The cemetery next to the church has the tomb of Marquis de Bussy (dated 1785), who was one of famous governors of Pondicherry. In front of the church is a statue of Mary with infant Jesus in her arms. A marble statue of the heroic French warrior Joan of Arc is placed in the middle of a garden, in front of the Church.

The mass is celebrated in three languages (French, English and Tamil) at this church. Grand Marian Procession is the annual event organized in the church.