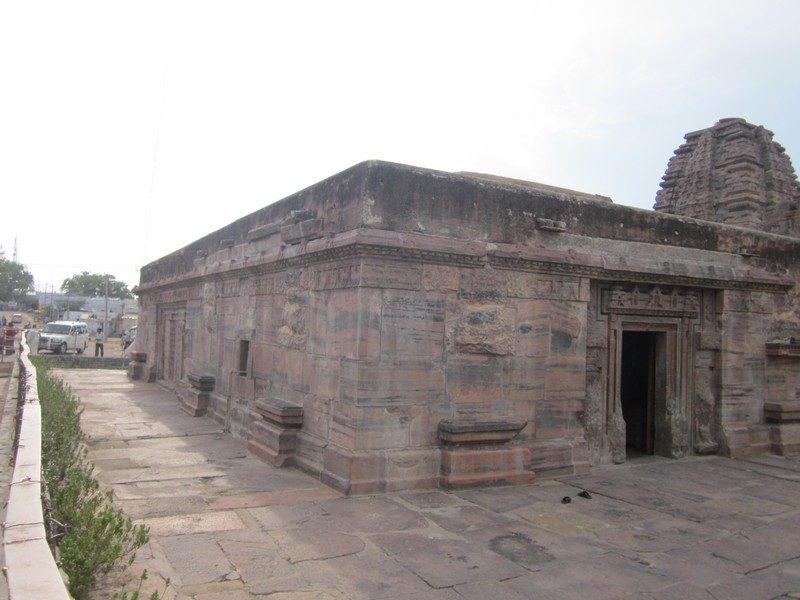 At a distance of 1 km from Alampur Bus Station, Arka Brahma Temple is situated on southern side of Vira Brahma Temple. It was built by Chalukya ruler Vikramaditya I in 7th century.

Built in Nagara style, the vimana of the temple was destroyed during Bahamani Sultan attack in 14th century. The shrine has a mahamandapa followed by the sanctum with circumambulatory path. Appears plain outside, the temple has several sculptures scattered inside the mahamandapa. The doorway of the sanctum was recently built as the original one was destroyed.

The Shivalinga inside the sanctum has a Naga image which is a unique feature. The pillars in mahamandapa are square and plain. There is a Nandi installed opposite to the sanctum in mahamandapa. Majority of the sculptures on outer walls of this temple were destroyed while few sculptures like Ashtadikpalakas are stored in the museum.