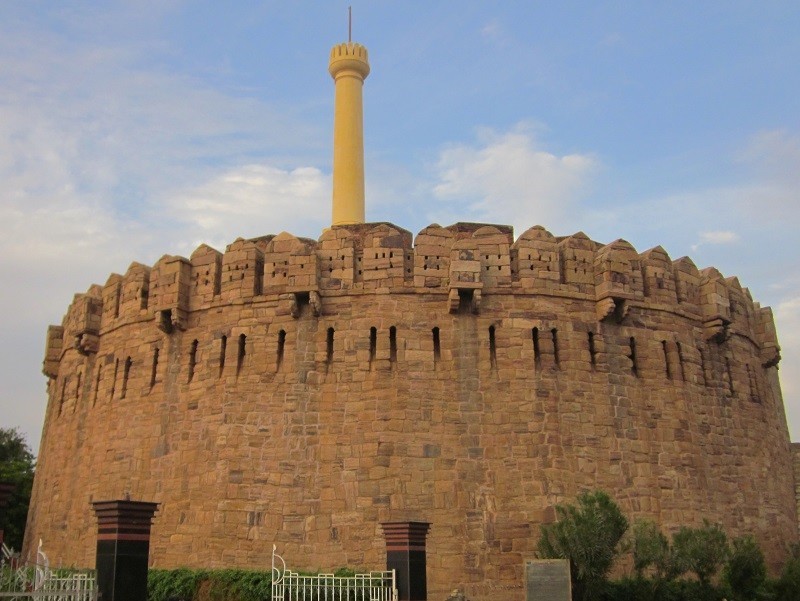 At a distance of 215 km from Hyderabad, 360 km from Bangalore & 344 km from Vijayawada, Kurnool is one of the major towns in the state of Andhra Pradesh. It was the first capital of united Andhra Pradesh between 1 October 1953 and 31 October 1956. The town is built on the banks of Tungabhadra River.

Kurnool is known as the gateway to the Rayalaseema region. It was earlier known as Kandenavolu, as it was a transit place on the southern banks of the Tungabhadra River and acted as a greasing place for the carts. It was ruled by Cholas and later by Kakatiya kings in the 12th and 13th Centuries. Later it came under the influence of Vijayanagar Kings and Achyuta Raya built the Kurnool Fort in 16th Century. It was briefly ruled by local rulers in 16th - 17th century. The town came under the control of Mughal Emperor Aurangzeb in 1686. Later the town was ruled by Nawabs from Dawood Khan to Gulam Rasool Khan. In 1839 the British Government took control of the region.

The popular places to visit in the city are the ruins of the fort built by the Vijayanagar Kings, Konda Reddy Buruju and the tomb of Abdul Wahab. Kurnool district is home for the most important pilgrim sites in Andhra Pradesh, including Srisailam, Ahobilam, Yaganti, Mahanndi and Mantralayam, making it one of the top tourist places in the state. Other places of interest in Kurnool include Orvakal Rock Garden, Rollapadu Sanctuary and Belum Caves.

The best season to visit Kurnool is from October to March. It usually takes 2-3 days to visit all places in Kurnool.

How to Reach Kurnool - Full Details

Top 10 Places to Visit in Kurnool

At a distance of 2 kms from Kurnool Railway Station & 24 kms from Alampur, Konda Reddy Buruju, also known as Konda Reddy Fort, is an imposing structure situated in the heart of Kurnool City.

The construction of the fort dates back to 12th century when the city of Kurnool was used as a base for halting before crossing Tungabhadra River. Kurnool was occupied by Vijayanagar ruler Devaraya II and Achyutaraya who suceeded Krishnadevaraya built the initial fort between 1530 to 1542.

The fort has different gateways and bastions. The gateways of the fort were constructed by Gopal Raja, the grandson of Rama Raja of Talikota Vijayanagara kings in 17th century. The fort has three levels and it was used as watch tower in 17th and 18th centuries. The ground level is closed for visitors, while the visitors can climb to the first and second floors and get a glimpse of the history. First level has few enclosures with large portico. Second level .....

At a distance of 23 km from Kurnool, 53 km from Nandyal, 45 km from Alampur, 56 km from Yaganti, 70 km from Mahanandi & 237 km from Hyderabad, Orvakal Rock Garden (also known as Orvakallu) is a wonderful site with abundant natural beauty of rock formations. It is situated on Kurnool - Nandyal highway at a distance of 3 km from Orvakal village.

Orvakal Rock Garden is a rare silica and quartz rock formation site with beautiful surroundings. The rocks are formed around a natural lake in the middle of the site that enhances the beauty of the place. This is one of the must visit places in the surrounding of Kurnool. The rocks are spread across an area of 50 acres adjacent to Kurnool - Nandyal highway.

The garden is well developed by AP Tourism with a restaurant at the entrance and cottages spread across the garden. There is a walkway built .....

At a distance of 40 km from Kurnool, 43 km from Nandyal, 63 km from Alampur, 59 km from Mahanandi, 71 km from Yaganti & 255 km from Hyderabad, Rollapadu Wildlife Sanctuary is one of the best sanctuaries in the state. It is primarily known as a habitat of the Great Indian Bustard, a rare species of bird. The sanctuary also attracts large number of migratory birds and it is often called as Rollapadu Bird Sanctuary. It is situated at a distance of 4.5 km from Rollapadu village.

Covering an area of 6.14 sq. km, it was established in 1988 to protect the Great Indian Bustard. It is the only habitat for the Bustard in Andhra Pradesh which is a critically endangered species. Rollapadu sanctuary is a dry grassland area that provides unique setting to the location. There is also a large lake called Alaganuru Reservoir at a distance of 3 km from the Rollapadu .....

Situated amidst dense Nallamala Forest, Ahobilam is one of the 108 Divya Desams. This place is also called as Nava Narasimha Kshetra since Lord Narasimha is worshipped .....

The 7th century Mahanandiswara Temple dedicated to Lord Shiva is very famous and sacred place. Though the initial structure was built by Chalukyas in 7th century, several additions .....

At a distance of 74 km from Kurnool, 148 km from Nandyal, 49 km from Adoni, 43 km from Raichur, 253 km from Hyderabad, 301 km from Hubli, 402 km from Bangalore and 416 km from Vijayawada, Mantralayam, also known as Manchale or Mantralaya is situated in Kurnool district of Andhra Pradesh. This is the place where the Vaishnava saint Sri Guru Raghavendra took Jeeva Samadhi (tomb) and is also one of the popular Places to visit in Andhra. Mantralayam is situated near the border of Karnataka and Andhra Pradesh along the banks of River Tungabhadra, a chief tributary of River Krishna.

Srisailam is famous for Srisailam Dam & Bhramaramba Mallikarjuna Temple which is dedicated to Lord Shiva. The sanctum enshrines Lord Mallikarjuna in the form of a linga protected by a three-hooded cobra. This ancient temple built in the Dravidian style with lofty towers and sprawling courtyards is one of the finest specimens of Vijayanagara architecture. Though the exact origins .....