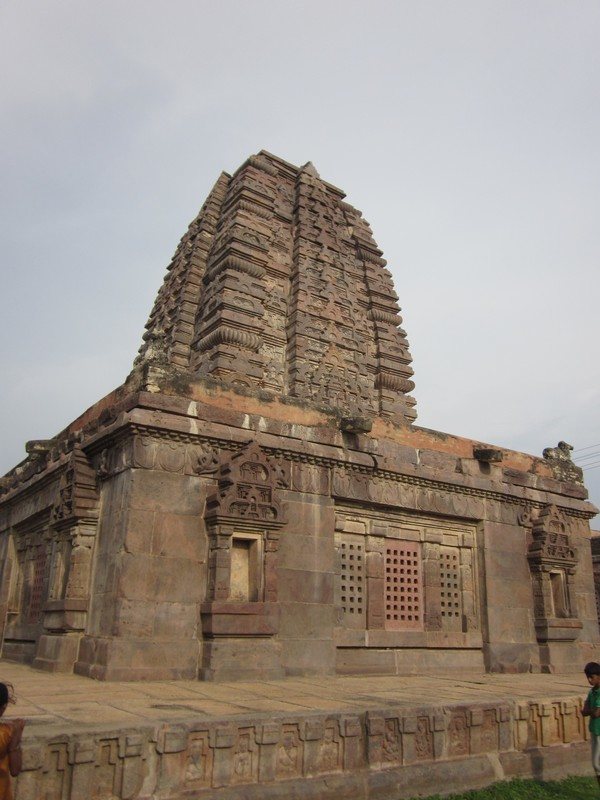 Built in nagara style, the temple has an eight pillared hall followed by the sanctum along with circumambulatory path around sanctum. The doorway is accompanied by Ganga, Yamuna and Nagas. There is a nice carving of Shiva and Parvathi above the doorway of the sanctum. The ceiling of the mahamandapa has Nagabandha and lotus which is a common pattern here. The pillars in the hall are plain and square without any carvings.

The doorway of main entrance has Dwarapalakas and Gandharvas. The outer walls of the shrine have miniature temple brackets. There are several carvings of warriors on the outer walls. One of the images here represents a warrior fighting with two opponents. There are also several figures of celestial couples on the walls.

There is a Nandi installed in the hall opposite to the sanctum which has a pendent of Shivalinga in the neck.