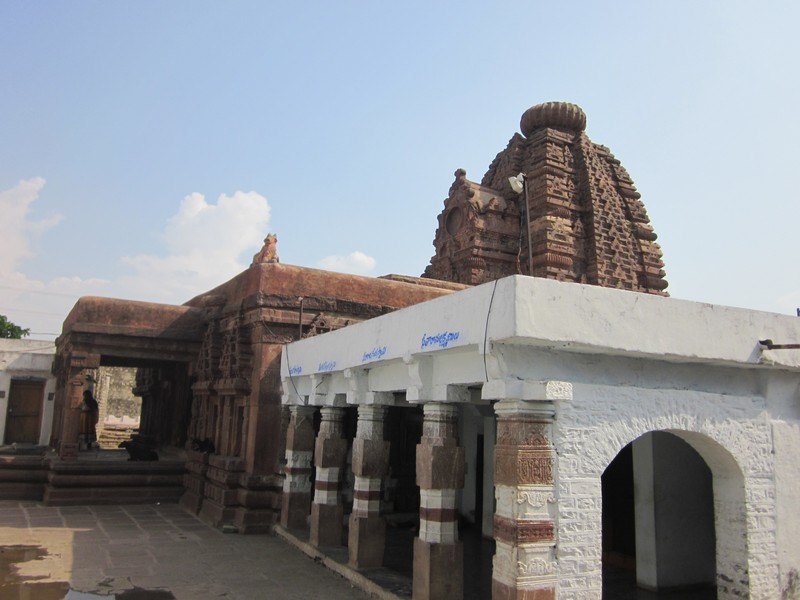 Built in Nagara style on an elevated platform, the temple has a small mukhamandapa, a large mahamandapa with 18 pillars and a sanctum with circumambulatory path. The ceiling of the mahamandapa has carving of Nagabandha with seven heads. The doorway of the sanctum has Garuda, Ganga and Yamuna. Above the doorway, there is an image of Brahma performing penance. The round pillars of the hall have floral designs and human figures. There is a small nandi installed in the mahamandapa facing the sanctum.

The four-pillared mukhamandapa is accompanied by dwarapalakas. The outer walls have carvings of Toranas, Warriors, Gandharvas and Nagas. The sukhanasi has a round circle, probably left incomplete.