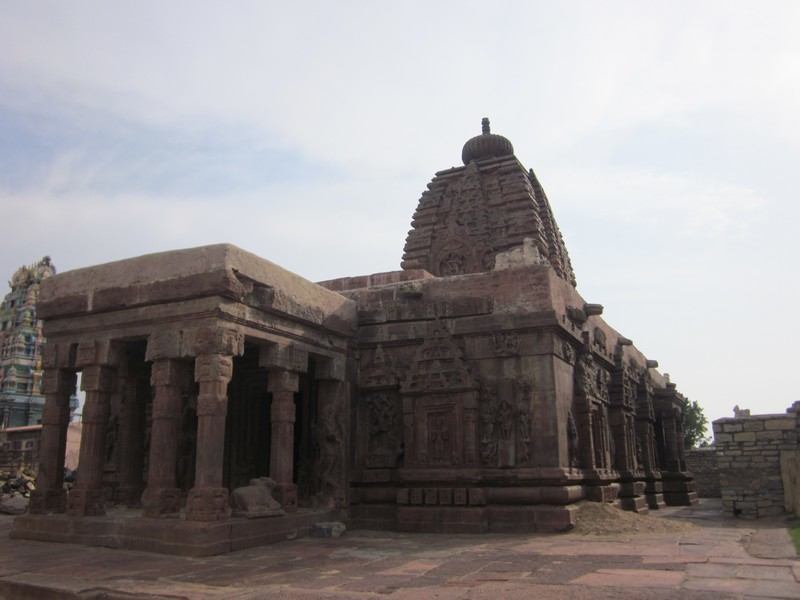 At a distance of 1 km from Alampur Bus Station, Swarga Brahma Temple is a wonderful temple situated behind Bala Brahma Temple. This temple has extensive art work on the wall and pillars. Several figures were demolished during the attack in 14th century.

The doorway of the sanctum has figures of Ganga, Yamuna with their vehicles along with Nagendra. The circumambulatory path has images of Ganesha, Nagendra, Subrahmanya, Ducks and Lotus flowers. The ceiling of the mahamandapa has Nagabandha. The pillars have several engraved human figures. Some of these figures represent men riding lion and few mythical animals. There are statues of Ganesha, Maharshis spread in the mahamandapa.

The outer walls of the temple have great carvings. The lingodbhava scene, Vamana avathara of Lord Vishnu, Nataraja, Shiva in Ananda Tandava posture, Ashtadikpalakas, etc. The sukhanasi in the vimana has a wonderful carving of Shiva in dancing posture. Several miniature temples like brackets are beautifully carved on the outer walls.

There is an inscription dating back to Chalukya ruler Vikramaditya I period. There is a path behind Bala Brahma Temple leading to Swarga Brahma Temple.