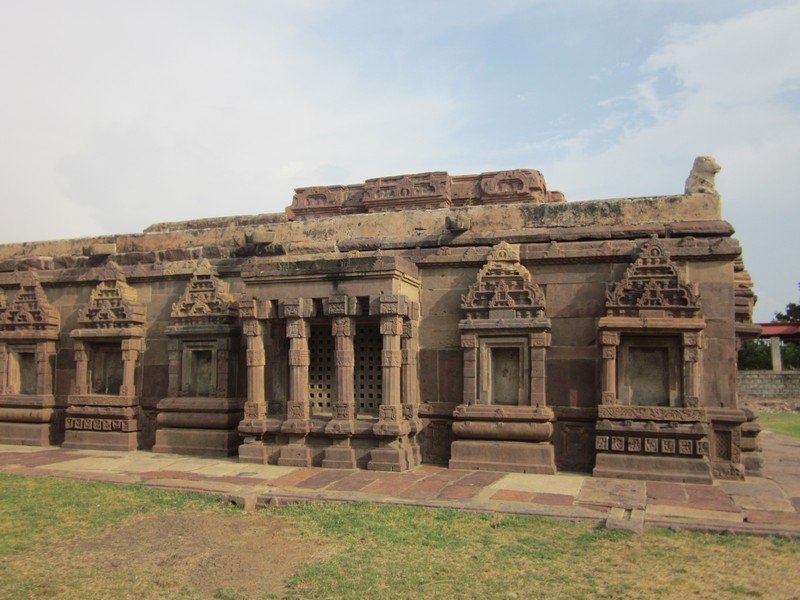 At a distance of 1 km from Alampur Bus Station, Padma Brahma Temple is situated behind Swarga Brahma Temple. The tower of this temple was destroyed by the invading Bahamani Sultan army in 14th century and most of the sculptures were removed.

This temple has a large hall, inner sanctum and circumambulatory path for pradakshinas around sanctum. The doorway of the sanctum has carvings of Ganga and Yamuna. Images of Ganapati, Subrahmanya and Kubera can be found in circumambulatory path. The main doorway of the temple has dwarapalakas and Garuda. There are carved figures of several gods and gandharvas on the outer wall of the temple.