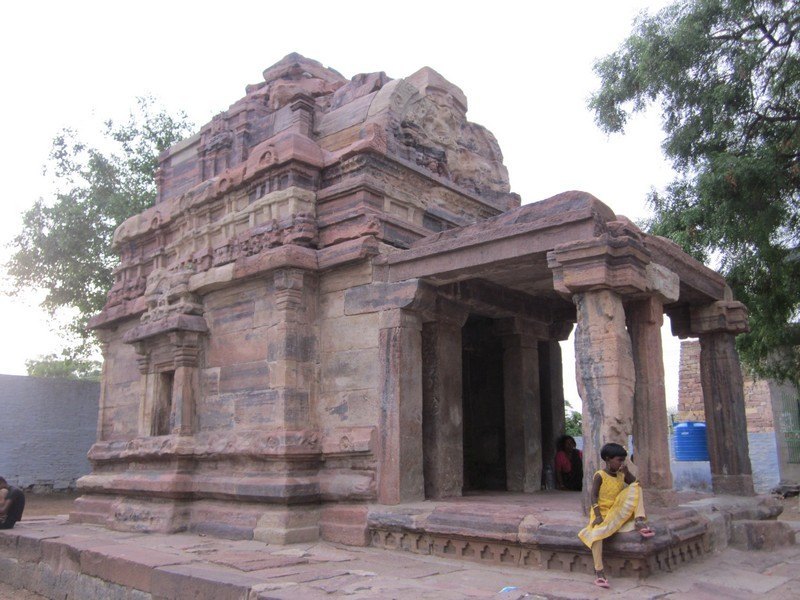 At a distance of 1 km from Alampur Bus Station, Taraka Brahma Temple situated behind museum is the smallest of the Navabrahma temples.

The temple consists of a mukhamandapa with 6 pillars followed by small mandapa with sanctum. The Shivalinga in this temple is moved to Rama & Lakshmana temple when this temple was destroyed in 14th century during Bahamani Sultan attack. Most of the vimana of the temple is destroyed and only a minor part exists. There is a Gajalakshmi image carved above the mandapa.

There is a large stone gateway built in 8th century by Rashtrakutas towards western side of this temple. The ceiling of the gateway has a figure of Trimurthis. There is an carving of deer enlightening Vilasatraja wonderfully engraved. Beyond the gateway, there is also a doorway along with ruins of an old fortification built by Vijayanagara Kings in 14th century.