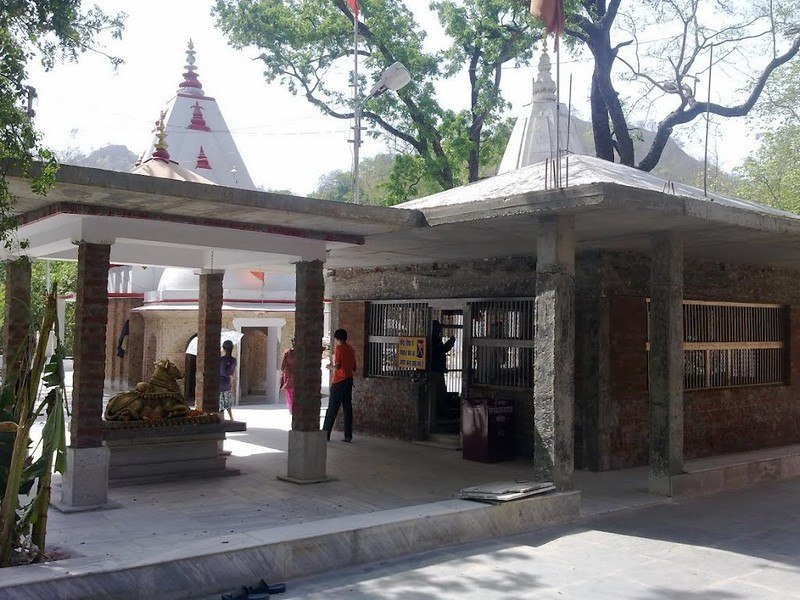 At a distance of 500 m from Haridwar Junction Railway Station, Sri Bilkeshwar Mahadev Mandir is situated in the valley of Bilva Parvat in Haridwar.

This temple is devoted to Lord Shiva and his Consort Goddess Parvati. According to mythology, the temple is the place where Goddess Parvati worshiped Shiva, and when Shiva appeared she asked him to accept her as his wife. Bilva is a tree which is quite sacred to Hindus. Its leaves represent the three eyes of Lord Shiva.

This ancient temple is very popular among the local people. The temple is surrounded by woods in a hilly area. It is a small temple which houses a Shiva linga and Nandi made out of stone. The place also houses small temples for Lord Ganesh, Lord Hanuman and Goddess Parvati. It is a tradition to offer Bilva leaves to Lord Shiva and to do abhishek of the Shiva lingam with the water of River Ganga.

The temple is very close to Haridwar Jn Railway Station and can be reached by foot.