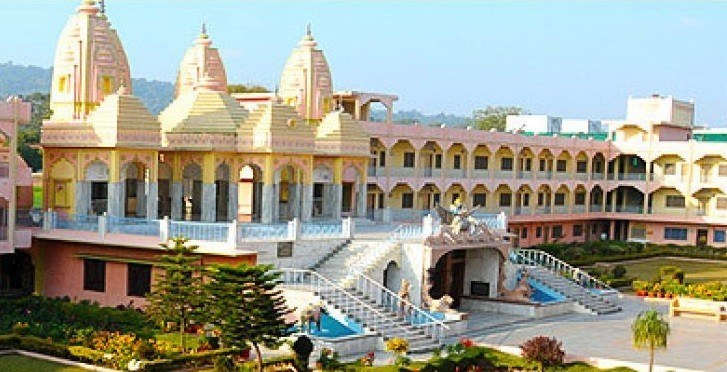 At a distance of 3 km from Haridwar Junction Railway Station and 1 km from Har Ki Pauri, Jai Ram Ashram is situated at Bhimgoda in Haridwar.

Jai Ram Ashram was founded by Adi Guru Sri Jai Ram Maharaj in 1891. Later on Sri Devendra Swarup Ji Maharaj renovated the premises and added several structures. Jai Ram Ashram houses several sculptures resembling the various characters of Hindu mythology. The Ashram is famous for its diorama exhibition and a massive white statue depicting the famous Samudra manthan episode. Unlike the multicolored deities of other temples, the statues in the ashram are vibrant white sculptures.

This Ashram is lit up beautifully at night with the fountains running in the lawn. This ashram is recognized for outstanding lodging services. It has 512 rooms where the pilgrims are offered free accommodation. It also houses a charitable hospital which offers free medical aid to the poor and to the pilgrims. Free eye camps are also organized in the hospital where the poor people are treated for eye ailments.