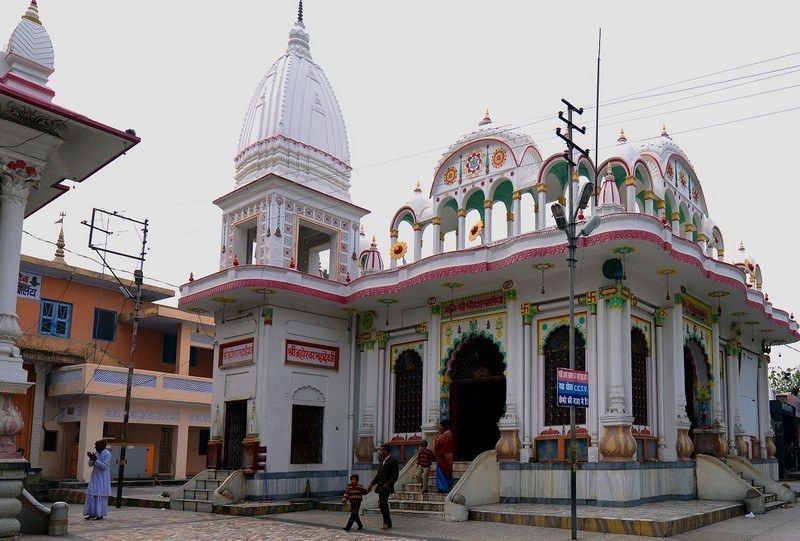 At a distance of 3.5 km from Haridwar Junction Railway Station, Daksheswara Mahadev Temple or Daksha Mahadev temple is located in Kankhal in Haridwar.

This temple is named after King Daksha Prajapati, the father of Sati. Daksha is one of the fourteen Prajapatis, creator deities, who preside over procreation and are the protectors of life in Hindu mythology. Popularly known as Sri Daksheshwar Temple, this temple was initially constructed in 1810 AD by Queen Dhankaur. However, the temple was again rebuilt in 1962.

According to the legend, Daksha Prajapati performed a holy ritual, known as Daksha Yagna at this place. However, he did not invite Lord Shiva, who was his son-in-law, for this Yagna. However, Sati, the daughter of Daksha attended the yagna. Daksha insulted Lord Shiva in the Yagna. Feeling insulted by her father's behavior, Sati sacrificed her life in the fire of the Yagna. The Daksha Mahadev Temple is believed to be constructed on the same site where Sati sacrificed her life. Lord Virabhadra, born out of Shiva's anger, killed King Daksha. However, Shiva later brought Sati's father back to life to replace his head with a goat head. The Daksha Temple stands to commemorate the whole incident.

The temple represents Nagara style of architecture, and has a single spire situated at the center of the temple, with small domes all around. This place is one of the five sacred places in Haridwar. At the center of the temple, devotees can see the holy Shiva idol installed in phallic form. Standing next to the main temple is the Das Mahavidya temple, dedicated to the Mahavidyas. It is a venue for devotees of Devi to congregate for special pujas during the Navratri celebrations. There is also a temple in the complex dedicated to River Ganga. Next to the temple is the Daksha Ghat on the Ganges River.