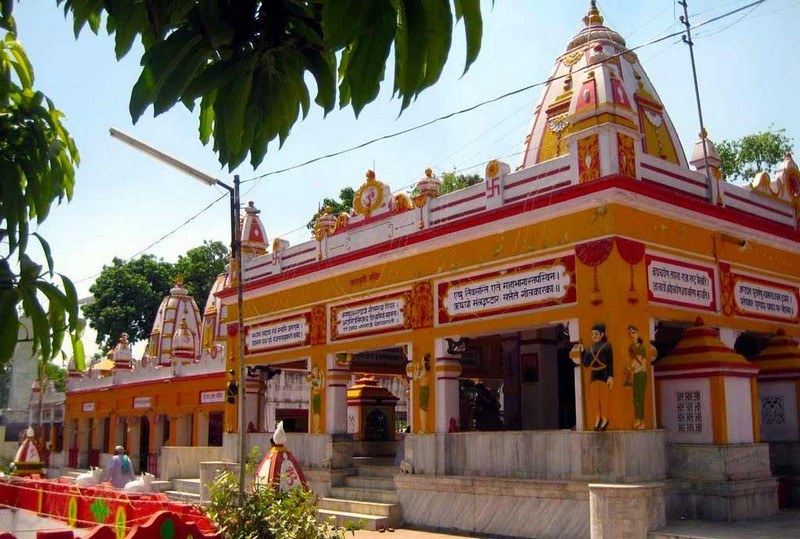 At a distance of 6.5 km from Haridwar Junction Railway Station and 5 km from Har Ki Pauri, Saptrishi Ashram is a beautiful ashram located on the banks of Ganga at Sapt Sarovar in Haridwar.

The Ashram is one of the most famous ashrams of Haridwar. It was established by Goswami Guru Dutt in 1943. As per mythology, in ancient times there were seven great sages namely Kashyapa, Vashisht, Atri, Vishwamitra, Jamadagni, Bharadwaja and Gautam who used to meditate on the banks of river Ganga. Their meditation used to get disturbed by heavy gushing sound of river flow. The rishis trapped the flow of river Ganga and Ganga split her flow in seven separate streams to make lesser noise. Those seven streams of river Ganga known as Sapt Sarovar and place where Sapt Rishi meditated is called as Saptrishi Ashram. All the seven streams reunite further ahead.

The Pandava brothers on their way to heaven, passed through this place. This is shown by statues of the five brothers near the river bank. An old dilapidated building near the present ashram was said to be for night stay of pilgrims walking into the hills.

The ashram is a well maintained complex with accommodation facility. A residential hostel and Sanskrit school is located within the complex for poor children. Meditation and yoga classes are held here along with the religious activities like Bhajans and Aartis.