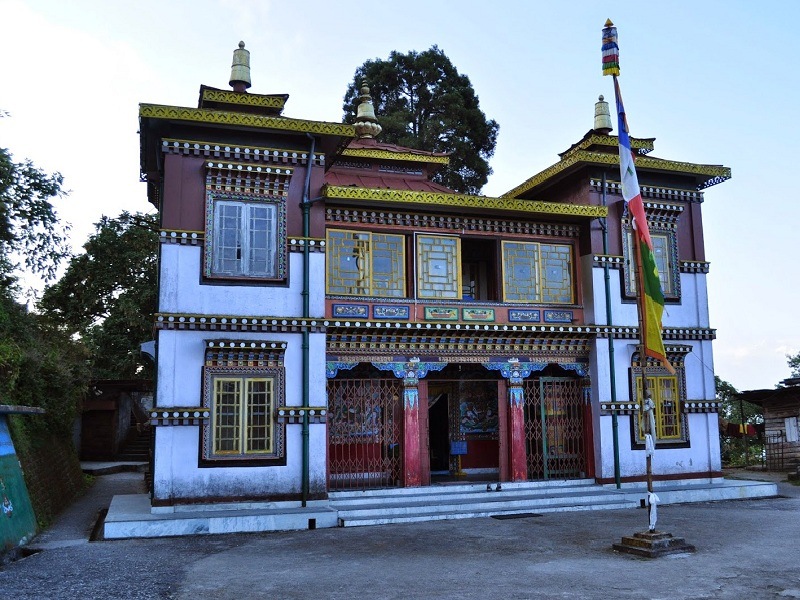 This monastery was earlier located in Observatory Hill where the Mahakal Temple stands today. It was originally built there by the Lama Dorje Rinzing in 1761 CE. According to history, the monastery was completely ravaged during Gorkha invasion in 1851 CE and was rebuilt in 1861 CE. But due to many disturbances, it had to be shifted to its present location in the year 1879. However, the monastery in the new location was also destroyed by an earthquake in 1934 CE, after which it was restored and reconstructed by the King of Sikkim.

The present structure is stunning and has been built in a traditional Tibetan style with Sikkimese influence. The monastery belongs to the Red Sect of Buddhists and has links with the Kagyu and Nyingma orders of Tibetan Buddhism. The main prayer room inside the monastery has a model of Buddha in a glass case and photos of His Holiness Dalai Lama. There are also the images of Tara Devi and Lakshmiswari who is a goddess with thousand hands and eyes. On the other side of the prayer room there is a large image showing Buddha's life story.

Set against the mighty Kanchenjunga, Bhutia Busty Gompa is home to stunning murals that depict the life and journey of Buddha. The monastery has a huge library, which has collections of many Tibetan and Buddhist books. One can have a glimpse of the Tibetan life and culture from these books. Travellers can also have a look at the original copy of the 'The Tibetan Book of the Dead' at the library. Photography is completely banned inside the monastery.