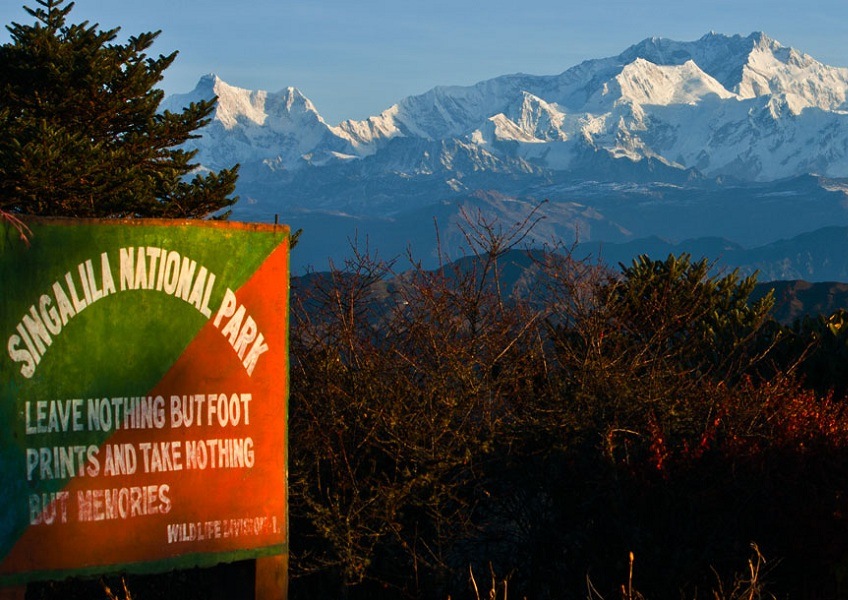 #4 of 28 Places to Visit in Darjeeling

Travel Tips: The park is closed during the monsoon time (between mid-June to mid-September).

The park was declared as a wildlife sanctuary in 1986, and got national park status in 1992. The park derives its name from the Singalila spur, which runs through the park, descending from Mount Kanchenjunga in the north and running south to the northern fringe of the Gangetic Plains. The park makes the border line with Nepal to the west and Sikkim to the North. The two highest peaks of West Bengal, Sandakphu (3630 m) and Phalut (3600 m) are located inside the park and the region had long been used as the trekking route from Maneybhanjang to Sandakphu and Phalut.

The park has an area of 78.60 Sq.km with mixed vegetation of Magnolia, Rhododendron, Oak, Pine Hemlock, Silver Fir, Juniper, Mailing Bamboo, Buk, Kawla, Bhujpatra etc. Singalila National Park is popular to the tourists from all over the world for its amazing flora and fauna. Exotic Red Panda and Himalayan Black Bear are the most important mammals found in Singalila National Park. Among the other major species found in the park are leopard, serow, pangolin, barking deer, boar etc. The park is also a delight for birdwatchers as more than 120 species of birds are seen, which includes many rare birds like scarlet minivet, kalij pheasant, satyr tragopan, blood pheasant, etc.

Apart from its rich bio-diversity, Singalila National Park is also famous for its stunning natural beauty with spectacular views of Himalayan peaks. The park offers some spectacular treks through the alpine meadow and rhododendron forests. Sandakphu is the highest point in Singalila National Park and is the most favored destination in Darjeeling for trekkers. Phalut is another popular trekking destination in Singalila. Both the places offer some impressive views of the entire Kanchenjunga snow ridges and even Mt. Everest.

The trek in Singalila starts from Maneybhanjan, which is the entry point to the Singalila National Park. There is also a gravel road for jeeps that goes through the park up to Sandakphu. A thrill of a different sort can be experienced in traversing the hilly terrain on a mighty Land Rover of 1950s vintage.

There are two great seasons to visit the park. One is during Spring (i.e. from March until May) when the flowers like rhododendrons and orchids bloom in full, and then again after the monsoon that is from October to early December, when the snow peaks show in their dazzling beauty in a clear blue sky. The park is closed during the monsoon time (between mid-June to mid-September). There are government run trekkers' huts in the park that provide basic accommodation.

Visitors are required to take a permit either from the forest department office at Maneybhanjang or at the entrance of the National Park about 1km from Tumling. Foreigners need to show their identity proof at the Maneybhanjang check post. Guides are mandatory for trekking and are available at any of the entrance point of Singalila.