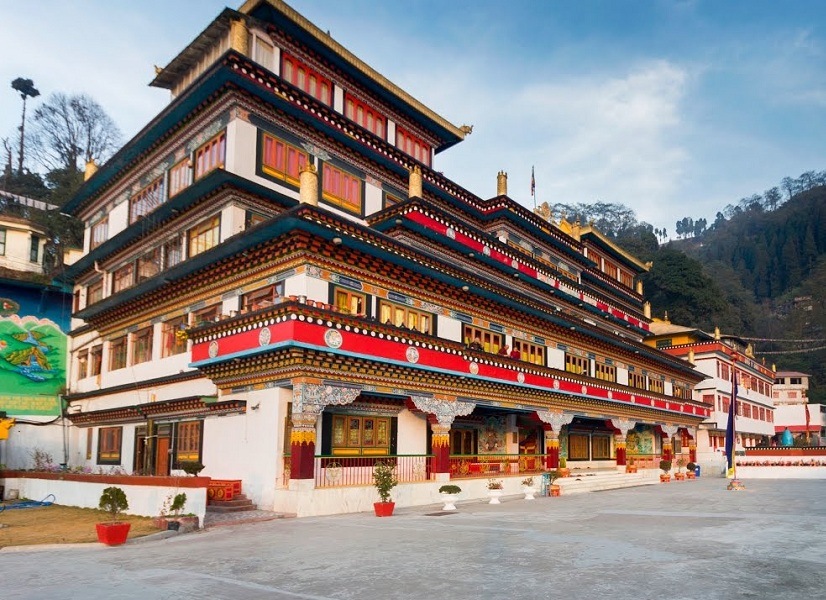 At a distance of 2.5 km from Darjeeling Railway Station, Dali Monastery is a Buddhist monastery located in Dali area of Darjeeling. Also known as Druk Sangag Choling Monastery, it is one of the biggest monasteries in West Bengal and also among the famous places to visit in Darjeeling.

Dali Monastery is one of the most prominent monasteries of the Kargyupa sect, built by Kyabje Thuksey Rinpoche in 1971. The gompa was inaugurated by His Holiness Dalai Lama in 1993, where he gave 3 days of religious teachings. The monastery is known for preserving the age old culture and tradition of the Tibetan monks. It serves as the headquarters and the residence for Drukchen Rinpoche the XII, who is the supreme leader of the Kargyupa sect.

Perched on a steep hill, the monastery was built in the traditional Tibetan style. The colors used in the walls are bright and bold which depicts the life and teachings of Lord Buddha. It is home to around 210 monks who came to live here from the Himalayan region. There is also a small library in the monastery which has books on Buddhism and philosophical acts of life.

The best time to visit Dali Monastery is either in the morning or in the evening when the prayers and chanting take place.