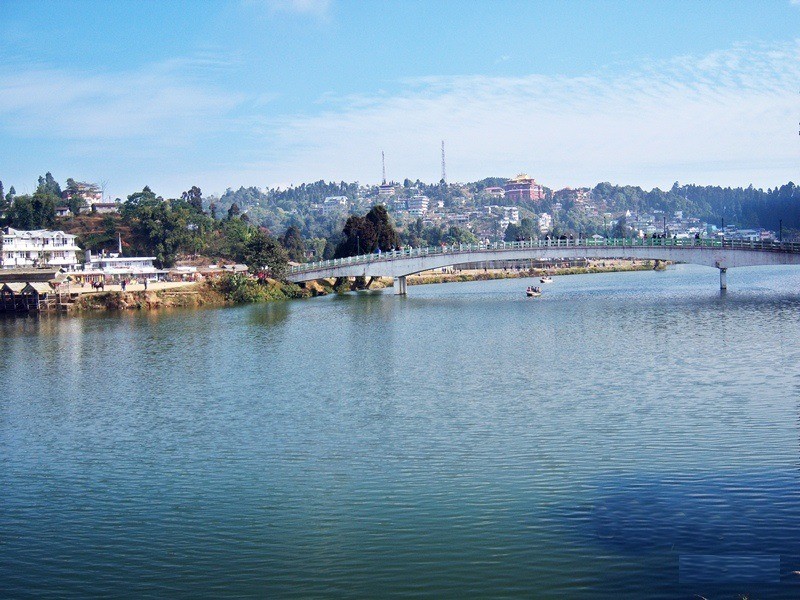 Best Time to Visit Mirik: March to May & September to December

At a distance of 35 km from Kurseong, 44 km from Darjeeling, 50 km from Siliguri, 100 km from Kalimpong, 130 km from Pelling, 147 km from Gangtok, 517 km from Guwahati and 591 km from Kolkata, Mirik is a small hill town located in the Darjeeling district of West Bengal. Situated at an altitude of 4,905 feet, Mirik is one of the popular tourist places in West Bengal and among the best places to visit near Darjeeling.

Nestled in the serene hills of Darjeeling district, Mirik is known for its pleasant climate, natural beauty and easy accessibility. The name Mirik comes from two Lepcha words Mir-Yok which means 'place burnt by fire'. The town is dominated by the large Sumendu Lake or Mirik Lake. The southern part of the lake is the tourist town where almost all the hotels are located while the northern part of the lake is more local and in the Northernmost fringe is the crowded Mirik market.

Like Darjeeling, Mirik also used to be a favourite place for the British in India. The open field on the eastern bank of the Mirik Lake was used as a polo field by the British. In 1969, the West Bengal tourism department began the process of acquiring 335 acres of land from the neighbouring Thurbo tea estate. The work of developing this land into a tourist spot began in 1974 when Siddhartha Shankar Ray was the chief minister of West Bengal. The tourist spot, which included the newly built lake and the Day Centre, was inaugurated by Jyoti Basu, in 1979.

Mirik is perfect for travellers who are looking for unexplored places away from the maddening crowd. The main attraction of Mirik is Sumendu Lake which is surrounded by a garden named Savitri Pushpaudyan on one side and pine trees on the other, with a footbridge called Indreni Pull connecting the two sides. A 3.5 km long road runs around the lake and is popular among morning walkers. Sumendu Lake also offers boating facilities in shikaras and some stunning views of the Kanchenjunga. Don Bosco Church, Bokar Monastery and Tingling View Point are the other popular places to visit in Mirik. Mirik is also famous for its tea estates, orange orchards and cardamom plantations.

Bagdogra Airport, Siliguri is the nearest airport, which is about 50 km from Mirik and has well connected flights from Kolkata, Guwahati and New Delhi. New Jalpaiguri Junction at Siliguri is the nearest railhead which is about 54 km from Mirik. It is well connected by train with Patna, New Delhi, Mumbai, Guwahati, Bangalore, Agartala, Kamakhya, Dibrugarh, Puri, Gaya, Indore, Jaipur, Kolkata, Amritsar, Chennai, Chandigarh, Ranchi, Bhubaneswar, Cochin and Agartala. Mirik is well connected by bus with Kurseong, Darjeeling, Siliguri, Kalimpong, Gangtok etc. Taxis, private cars, shared jeeps and tourist mini coaches are also the common vehicles to reach Mirik from the major towns of West Bengal. Siliguri is the nearest major bus station which has direct buses from Kolkata, Darbhanga, Guwahati and Patna.

There are several accommodation options available in Mirik ranging from budget to deluxe hotels and resorts to home stays. Majority of the hotels are located in the Krishnanagar area of Mirik. The DGHC (Darjeeling Gorkha Hill Council) operates a motel atop the hill near the helipad and a tourist lodge near the lake.

The best time to visit Mirik is from March to May and from September to December when the temperature is pleasantly cool and the sky is usually clear offering lovely views of Kanchenjunga snow peaks.

How to Reach Mirik

How to Reach Mirik - Full Details

Top 10 Places to Visit in Mirik

At a distance of 1 km from Mirik Bus Stop, Sumendu Lake is a long man-made lake situated at the heart of the quaint hill town of Mirik in West Bengal. Popularly called as Mirik Lake, it is one of the top places to visit in Mirik and is often used to promote Mirik Tourism.

The Mirik Lake or Sumendu Lake is around 1.25 km long and is considered as Mirik's center of attraction. The lake is fed by rain water which remains full throughout the year. The depth of the lake varies from 3 feet to 25 feet. The western bank of the lake is surrounded by forest with tall pine trees having walking trails passing through it and the eastern bank of the lake has a nice garden where tourists and locals relax and enjoy the natural settings. The place where the present lake stands used to be a marshland having a very thick growth of plants. The garden area was once Polo ground which was used by the British.

The lake has an arch footbridge called the Indreni Pull (Rainbow Bridge) and a 3.5 km long .....

At a distance of 1 km from Mirik Lake and 2 km from Mirik Bus Stop, Bokar Monastery is an ancient Buddhist monastery situated in Mirik. Positioned on the top of a hill, it is one of the biggest monasteries in Mirik and among the top places to visit in Mirik.

Bokar Monastery was founded by Kyabje Bokar Rinpoche in 1984. The monastery belongs to the Kagyud order and was the seat of the Venerable Kyabje Bokar Rinpoche. The original intent was to create a small retreat center, but on the request of disciples and lay people Rinpoche began to accept monks for training and the center was transformed in to monastery. The founder passed away in 2004 and the monastery continues to be guided by his close disciple Venerable Khenpo Lodro Donyo Rinpoche.

Now, the monastery is home to around 500 monks who participate in practicing and sustaining the teachings of Shakyamuni Buddha. The monastery also has a monastic college named Shedra. Located at the highest point of this town, the Bokar .....

At a distance of 9 km from Mirik, Tingling Viewpoint is a vantage point situated at Sourenee village near Mirik. Surrounded by three tea gardens, the Tingling View Point is one of the popular tourist attractions and among the best places to experience Mirik Tourism.

Also known as Kawlay Dara Viewpoint, Tingling Viewpoint gives an astounding view of the surrounding tea gardens, the Mirik Lake and also the beautiful Mirik Valley. The name Tingling comes from the nearby tea estate. The sprawling tea plantations form a stark contrast to the white snow and blue sky. It is an ideal place for both sunrise and sunset and also one can take some beautiful pictures of the plains as well as the snow-capped hills.

The village Sourenee can be seen from this point, and the pleasant atmosphere of this region is quite satisfying to the mind. The tea gardens themselves are quite the attraction to tourists and locals alike. There is a stall at the base of the viewing gallery where one can buy .....

At a distance of 6 km from Simana Viewpoint, 15 km from Mirik and 29 km from Darjeeling, Pashupati Market is a market situated at Pashupati Nagar near Mirik. Located on Darjeeling - Mirik Road, it is one of the best places to visit in Mirik.

Situated on the India-Nepal border, Pashupati Market is a bustling place with lines of shops and street vendors displaying their wares. It is specifically known for cheap imported electronic gadgets, jackets, perfumes, cosmetics and clothes that are imported from Thailand. One can get a variety of colorful woolen caps, gloves, socks, jackets, other woolen clothing, footwear, artifacts, and household items. Electronic items are also available at reasonable prices. Many items sold here are too cheap to be good. Be careful about the fakes. One can also visit Gopaldhara Tea Estate near Pashupati Nagar. It is one of the highest tea estates which spread over an area of 320 hectares.

The market is about 1 km walk from the Darjeeling-Mirik Road .....

This gorgeous, Roman Catholic church of Mirik is a rather eye-catching edifice. The architecture of this church is quite attractive and can be spotted from anywhere in the town. The beautifully carved shrine is a haven for devotees, and tourists enjoy the peaceful atmosphere of the church area. It maintained really well.

At a distance of 6 km from Pashupati Market, 20 km from Mirik and 24 km from Darjeeling, Simana is a viewpoint situated at Simana Basti on Darjeeling - Mirik Road in West Bengal. Situated on Indo - Nepal border, it is one of the popular viewpoints in Mirik and among the must visit Tourist Places in Mirik.

Situated at an altitude of 7500 feet, Simana Viewpoint is a 60 feet by 40 feet plateau which offers breathtaking views of the surrounding plains, snow-capped peaks of Mount Kanchenjunga and the tiny hamlets of Nepal. Simana means border in Hindi. This is the Indo-Nepal border area, the road itself belongs to India and the viewing area falls in Nepal. But visitors can freely cross over to get the mesmerizing views.

Simana Viewpoint is famous for offering a splendid view of Maneybhanjan, Sandakphu trail and the lofty mountainous valley with the backdrop of Mount Kanchenjunga. The view point has become a pit stop while traveling to Darjeeling from Mirik or vice versa. From Simana .....

Places to visit near Kolkata