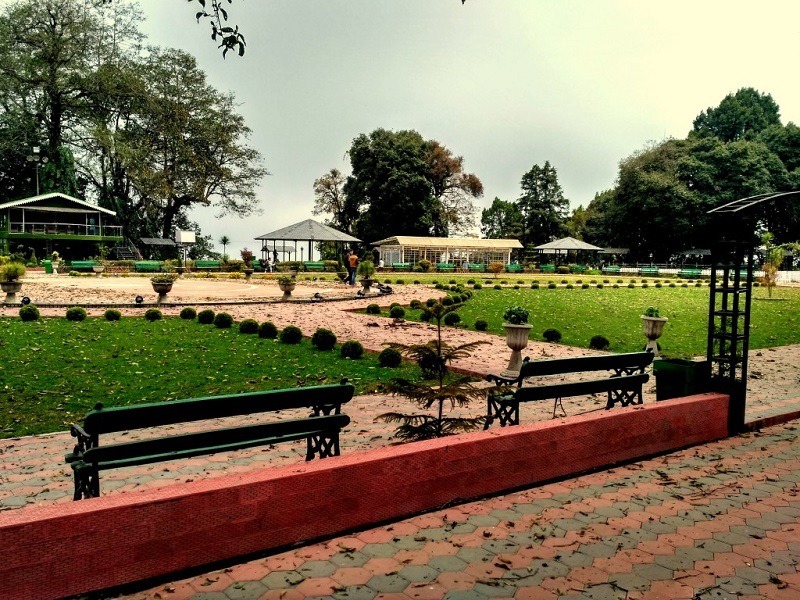 #9 of 28 Places to Visit in Darjeeling

At a distance of 2.5 km from Darjeeling Himalayan Railway, Shrubbery Nightingale Park is a beautiful public park situated at Richmond Hill area of Darjeeling in the state of West Bengal. Lies between Himalayan Mountaineering Institute and Chowrasta, it is one of the beautiful places to visit in Darjeeling.

Formerly known as 'The Shrubbery', this park was the private courtyard of Sir Thomas Tartan's Bungalow and a meeting place for English women during the British Raj. The park was destroyed during a devastating earthquake in the year 1934. It was rebuilt and began to be used as a famous Bollywood movie shooting spot during 1950's and 60's. However, with passing time the park was neglected due to the growing tension in Darjeeling hills.

It was opened for the public again in 2011 after re-designing of the park with walkways and sitting benches. The park is said to be in oval shape and is slightly at an elevated level. The park is adorned with pine and many other tall trees. It is an ideal place for relaxing and enjoying the picturesque views of snow peaks of Eastern Himalayas. There is a giant statue of Lord Shiva with an associated temple at the right end of the park. There is also a waterfall that comes from the top of the Lord Shiva's statue all the way to a small artificial lake at the bottom. A musical fountain here is also a great attraction.

There is a huge open circular stage at the middle of the park where the cultural functions take place in the evenings. For VIPs, there is a special glass covered lounge that overlooks the stage. The lounge is known as the Bullet Proof Dias. Subash Ghising, the erstwhile chairman of the Darjeeling Gorkha Hill Council created this special lounge which is actually covered with bullet proof glass.