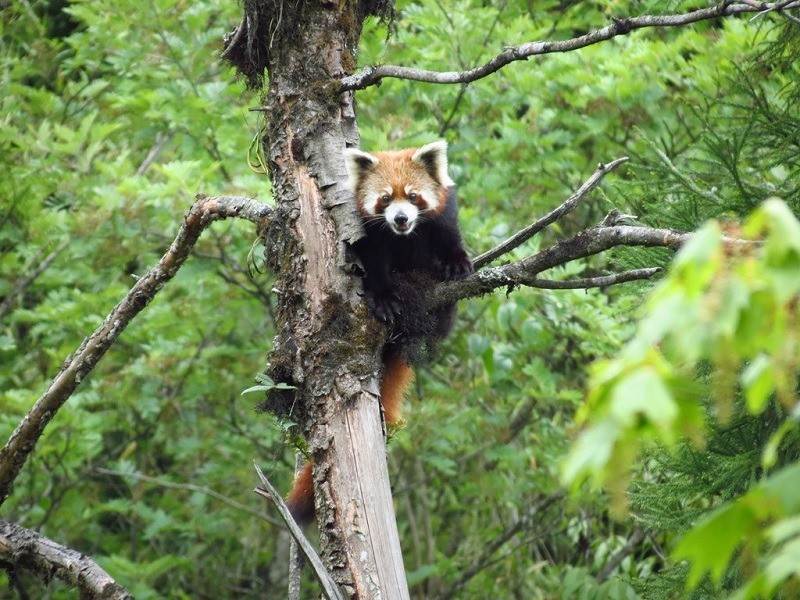 At a distance of 81 km from Darjeeling, Neora Valley National Park is a protected wildlife sanctuary located in Kalimpong district of West Bengal. It is one of the richest biological zones in the entire Eastern India and also one of the prominent places to visit in Darjeeling.

Spread over an area of 88 sq. km, Neora Valley National Park was established in 1986 CE. The National Park enjoys the distinction of being situated over one of the oldest Reserve Forests in India. With an elevation of 10,600 feet, Rachela Pass is the highest point of this park, where it forms a boundary with Sikkim in the North and Bhutan in the North East. The forests of Jalpaiguri form its southern boundary connecting it with Chapramari Wildlife Sanctuary and the Gorumara National Park.

The name Neora Valley is given after the river Neora flowing through it and is the main source of water for Kalimpong town. Neora Valley National Park is situated in the foothill of the Himalayas, so it has craggy inaccessible hilly terrain which makes the park wilder and adventures than others. This national park has luxuriant foliage of rhododendrons, endemic orchids and a mixed variety of forests. Somewhere the forests are very deep, even sunlight does not touch the ground.

The Neora Valley National Park has two entry points. One is at Kolakham village, which is about 10 km from Lava. Visitors should reach Kolakham village from Lava by jeep which takes 1 hour. The other entry gate of Neora Valley is at Samsing. This alternative route takes about 3.5 hours to reach Neora Valley from New Jalpaiguri and is mostly preferred by the trekkers who plan to camp and trek the area over several days. Most trek routes originate from the village Suntaley Khola which is about 5 km from Samsing and pass through Neora Valley National Park. There is WBFDC lodging available at Suntaley Khola. Another prominent one starts near Lava at a place called Choudapheri which traverse through the forest to reach Rachela Top before descending to Samsing on the Murti River bank. This 4 to 5 day trek is the most popular one in the area.

One can also visit Changey waterfall which is about 4 km from Kolakham. It can reach by 1 hour jeep ride along with 20 minutes' walk. The approach roads to Changey falls from Kolakham is worst and the trail is also quite steep as well. Extreme calmness with huge waterfall sound makes a wonderful contrast.

The best time to visit the park is from October to April and the park remains closed for 3 months during monsoon.