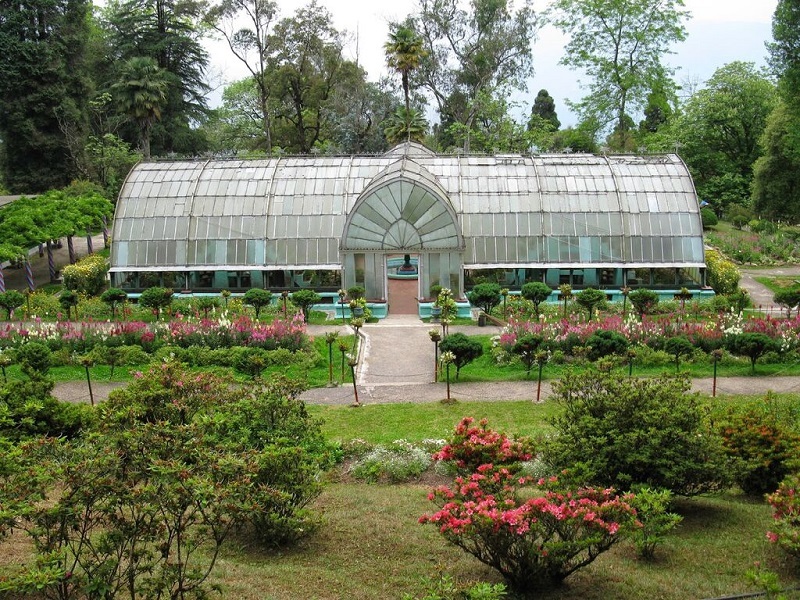 Established in 1878 CE, the garden was named after William Lloyd, who provided the required land for it. The garden was built in reference to the Calcutta Botanical Garden. The basic motive of Lloyd's Botanical Garden is to preserve the native floral species of Darjeeling Himalayan hill region, Sikkim and its neighboring regions. Located at an altitude of almost 1800 meters, the garden has terraced lands, rolling slopes, tall trees and lush green bushes mixed with grass.

Sprawling over an area of 40 acres, the Lloyd Botanical Garden preserves some of the most exotic and endangered species of plants. It has several species of bamboo, oak, magnolia, arisaema, cotoneaster, wild geranium, and rhododendron. There is also a separate greenhouse or a conservatory here that houses 150 species of Cactus. Another great attraction here is the Orchiderium that has some 2,500 orchids on display and showcasing some 50 varieties. Most of the orchids have been brought in from the Singalila National Park.

Also, one can spot some colorful exotic plants like Hawthorn, Blackberry, Birch, Chestnut etc. that have been imported from Europe, then Plums, Cherries, Weeping Willows etc. from China and Japan, Magnolia Grandiflora, Jurrriferus Bermudiana from the U.S, Wattle and Silver Oak from Australia and New Zealand and lot more. Of these, Weeping Willow is the most attractive and it is so named because of its drooping branches and leaves that give a 'falling' or a weeping impression.