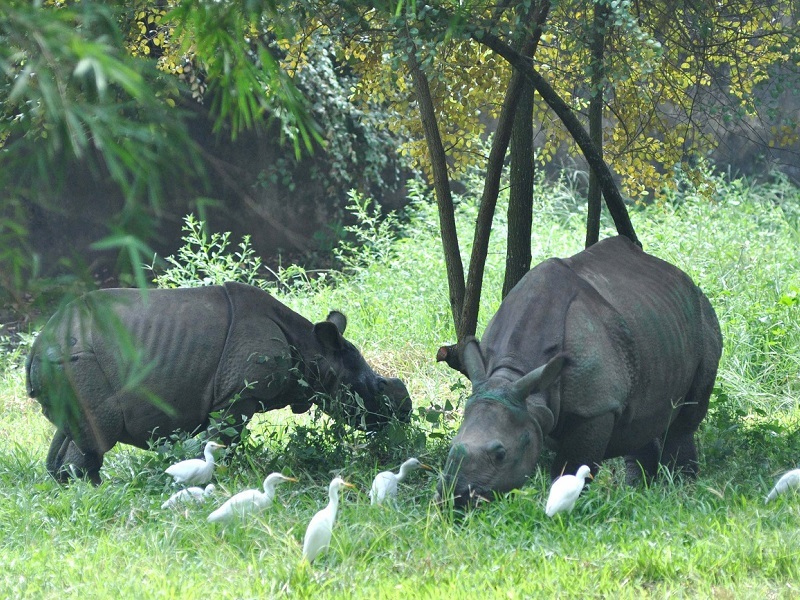 The Assam State Zoo was established in the year 1957 and was open to public in the year 1958. Spreads over an area of 175 hectare, the zoo is located within the Hengrabari Reserved Forest area of Guwahati. Initially, it had 42 animals and 236 birds. Now, the zoo is home to about 895 animals, birds and reptiles representing almost 113 species of animals and birds from around the world. The Zoo has launched the scheme of animal adoption in the year 2005. Often referred as 'Green Lung', it hosts several awareness activities and is involved in animal welfare and education.

The exquisitely landscaped Botanical Garden was added to the zoo in the year 1982. A home to diverse species of herbs, palms, shrubs and conifers, it spreads over an area of 85 hectares. The Orchid house in the garden boasts of more than 40 varieties of rare orchids gathered from the entire North East region of the country. One can also see different flowers, broad leafed plants, different herb species and shrubs in the botanical garden.

There is also a park in the zoo for children with lots of recreational tools. In addition to that, there is also a forest museum, a lake and a tower house. A reptile house having different species of snakes in individual enclosures can also see in the zoo. There are also eating outlets and fast food corners in the zoo premises.