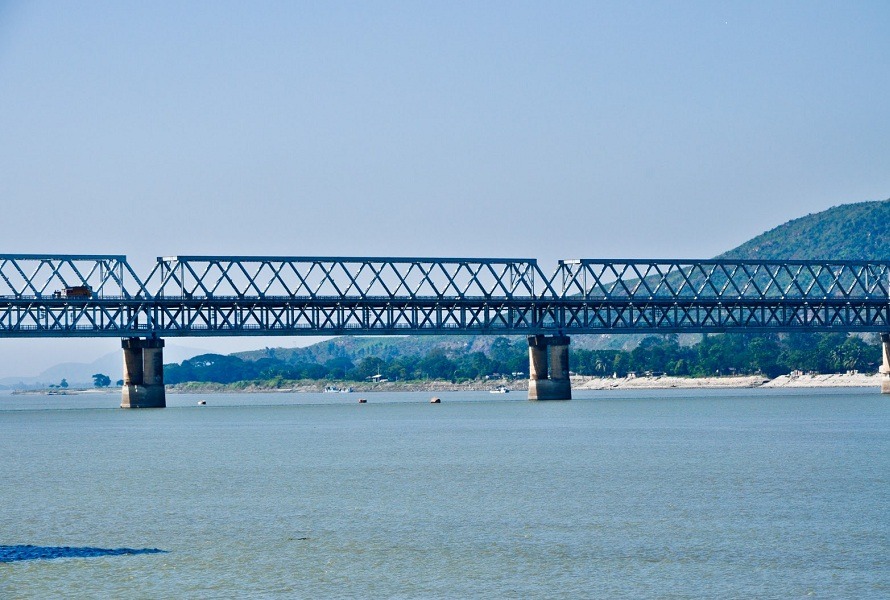 At a distance of 11 km from Guwahati Railway Station, Saraighat Bridge is bridge constructed over Brahmaputra River in the city of Guwahati, Assam. It is one of the historical places in Guwahati and among the best places to visit in Guwahati.

Saraighat Bridge is the first rail-cum-road bridge constructed over the Brahmaputra River in Guwahati. This is the vital link between North East region and the rest of the country. The bridge was built for the North Frontier Railway. Designed by B.C. Ganguly, the construction of Saraighat Bridge was started in 1958 and was opened to traffic in 1962 by then Prime Minister Jawaharlal Nehru. Built immediately after the Indo-Chinese war it has already completed 50 years of its existence in 2012. It also has historical importance as it is the place where fight between the Mughals and the Ahoms took place.

Saraighat Bridge is a double decker bridge which is around 2 km long with national highways 31 & 27 run on top and railway tracks below. The total cost of the construction was around Rs 10.65 crore and the total length of the bridge is 1492 (1.5 km). The road is 24 feet wide with six feet wide foot path on both sides. Also, a new three-lane concrete road bridge is constructed by the side of the bridge and inaugurated in 2017. One can also visit Lachit Borphukan Park on the south end and Chilarai Park on the north end of the bridge.

The view of the vast Brahmaputra from the Saraighat Bridge is quite breathtaking. The pleasure of standing in the middle of the bridge and view the Brahmaputra River in 360 degrees is unexplainable. The sunrise and sunset views from this bridge are especially beautiful. The bridge appears to be even more beautiful at night when the lights are all lit up and the place adorns a vibrant look.