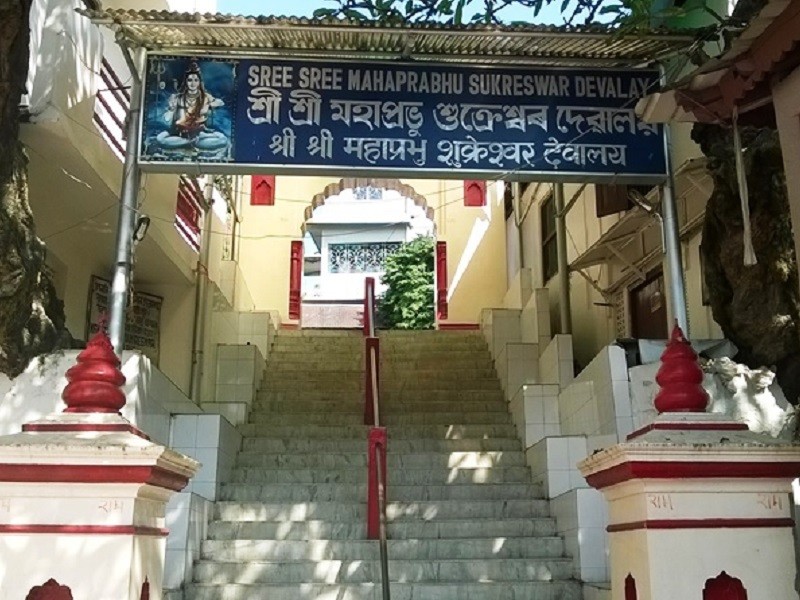 At a distance of 1.5 km from Guwahati Railway Station, Sukreswar Temple is an ancient Hindu temple located in Guwahati, Assam. Perched atop Sukreswar hill, it is one of the famous Shiva temples in Guwahati and among the top places to visit in Guwahati.

Dedicated to Lord Shiva, the Sukreswar Temple was constructed in 1744 CE by the Ahom king Pramatta Singha. King Rajeswar Singha made financial provisions for the temple in 1759. The temple is known for having one of the largest Shiva Lingams in India. According to the legend, this temple is believed to be the place where sage Sukra worshipped Lord Shiva. As per the Kalika Purana, the hillock where the saint used to pray is called Hastagiri as it has the shape like the hump of an elephant.

The temple is located towards the southern banks of the Brahmaputra River and provides a picturesque view of the mighty river. The Sukreswar Temple complex also has a Vishnu temple and many halls for conducting rituals and pujas. The embankment near the temple is considered holy for sacred dips. It is also believed that a person performing post-death rituals at this temple will attain 'moksha' or peace for the dead.

One can also visit nearby Janardhan Temple which is dedicated to Lord Vishnu. Built in 10th century, the temple is known for its architecture which is a blend of Hindu and Buddhist styles. The temple also houses an idol of Lord Buddha in the main hall. So, the temple attracts both Hindus and Buddhists from far off places to offer prayers.

There are many stalls outside the Sukreswar Temple where devotees can also get earthen lamps, incense sticks, flowers and prasad to offer to the deity at the temple. Maha Shivaratri is the main festival celebrated with great enthusiasm here.