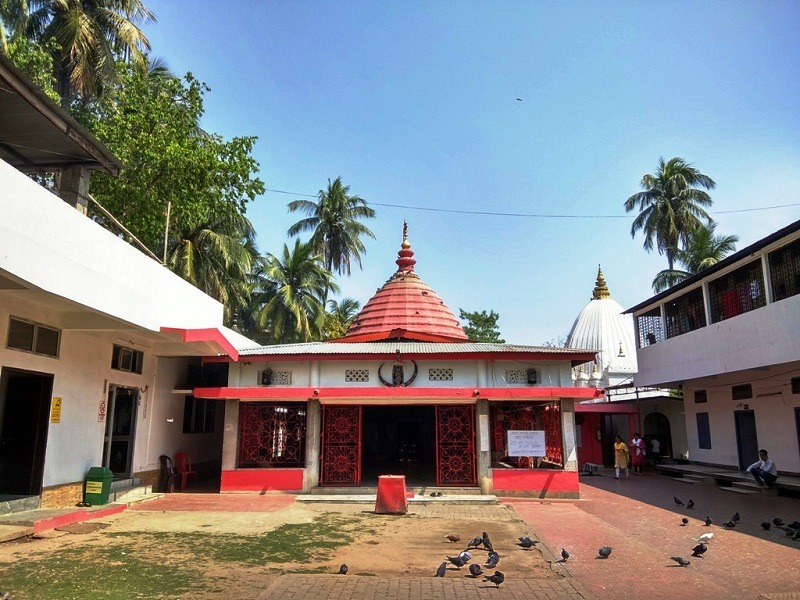 At a distance of 1.5 km from Guwahati Railway Station, Ugratara Temple is a Hindu temple located in the western side of Jorpukhuri tanks in the heart of Guwahati city. Situated in Uzan Bazar, it is one of the most sacred Shakti temples in Assam and among the best places to visit in Guwahati.

Dedicated to Sati Devi, Ugratara Temple was built by Ahom ruler, Shiva Singha in the year 1725 AD. A tank known as Jorpukhuri, built by the king, is situated to the east of the temple. Due to an earthquake, the upper section of the temple was destroyed, after which the present temple has undergone several renovations and modifications. The main sanctum of the temple has no image or idol. A small pit filled with water is considered as the Goddess. There is also a Shiva Temple beside the main temple.

Ugratara Temple is one of the seven Shakti peethas described in Kalika Purana. It is believed that this is the spot where the novel of Goddess Sati fell after Shiva danced with her corpse. According to Kalika Purana, there are seven Shakti peethas which are mainly concentrated on and around Kamakhya Temple. One of these is called 'Dikkara Vasini'. Dikkara Vasini has two forms, Tikshna kantha and Lalitha kantha. Tikshna kantha is black and potbellied, also called as Ugratara or Ekajata while Lalitha kantha is gracefully attractive, also called as Tamreshwari. The Ugratara temple is dedicated to this form of Dikkara Vasini.

Navratri is the main festival celebrated in this temple. During this festival, devotees from across the country visit to offer prayers and seek blessings of the Mother. Traditionally, the temple practices animal sacrifices to please the goddess. Ugratara is worshiped in general like Kamakhya. She likes liquor, flesh, coconuts, and sugar cane.