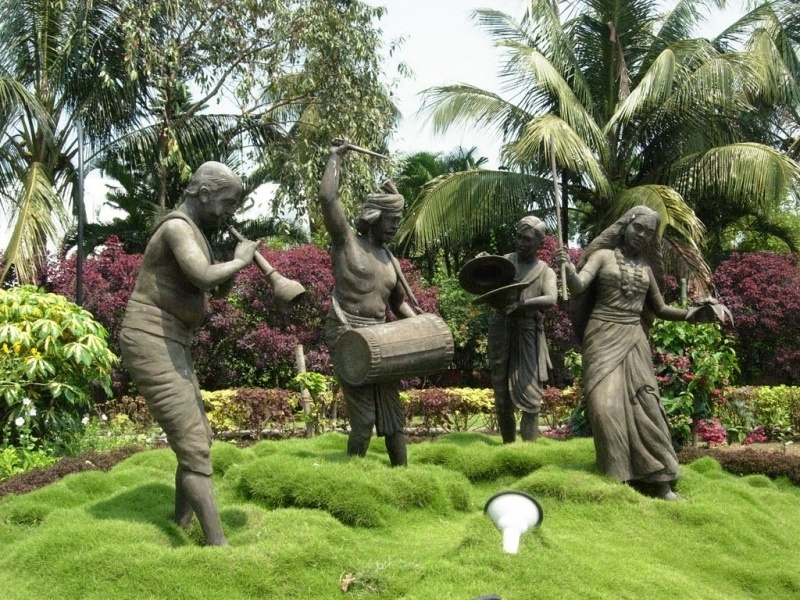 Place Location: Opposite To Cotton College

At a distance of 1 km from Guwahati Railway Station, Nehru Park is a public park located at Pan Bazar area of Guwahati in the state of Assam. Situated opposite to Cotton College, it is one of the best places to visit in Guwahati.

Named after the first prime minister of India Pandit Jawaharlal Nehru, the park is established in 2004. Earlier, the area of the park was part of an old church that was later developed by the Assam Government.

The park offers peaceful and calm environment to relax and is good for recreational purposes. There are around 45 statues in the park that depicts the various dance forms of Assam including Bihu, Deodhani, Ojapali, Bor Taal and Jhumur. The park also has jogging track, rock garden, musical fountain and an open air theater.