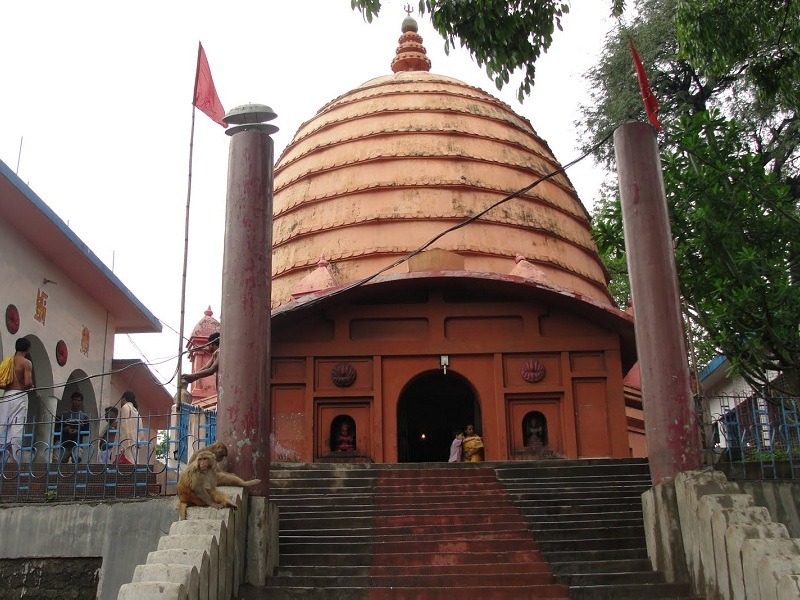 At a distance of 3 km from Guwahati Railway Station, Navagraha Temple is an ancient Hindu temple situated on Chitrachal Hill in the south eastern part of the city of Guwahati. It is one of the famous navagraha temples in Assam and among the popular places of pilgrimage in Guwahati.

The Navagraha Temple is dedicated to the nine celestial bodies which is called Navagraha in Hindu mythology. Navagraha Temple was built by Ahom King Rajeswar Singha in the late 18th century. The Silpukhuri Tank that is located close by was also excavated under the orders of the king to provide water to the devotees who come to pay homage to the Gods. During a devastating earthquake in Assam the temple tower was destroyed. However, it was later rebuilt during the late 1923-45.

Also known as the abode of Surya, the Navagraha Temple in Guwahati was built in beehive shaped architecture. The red colored dome shaped temple has nine lingas inside the sanctum sanctorum, representing the nine Celestial bodies. These Linga shaped planets are arranged in a circular mode with planet Sun at the center. Each Siva Linga is covered with a different colored garment symbolic of each of the celestial bodies.

It is also widely believed that worship of the planets in this temple wards off all evil spirits. It is believed that the ancient name of Guwahati, Pragjyotishapura originated from this temple. Today, the temple also stands as an important research center of both astrology as well as astronomy. Atop the hill is a view point from where one can get the beautiful view of the city with the River Brahmaputra running across.