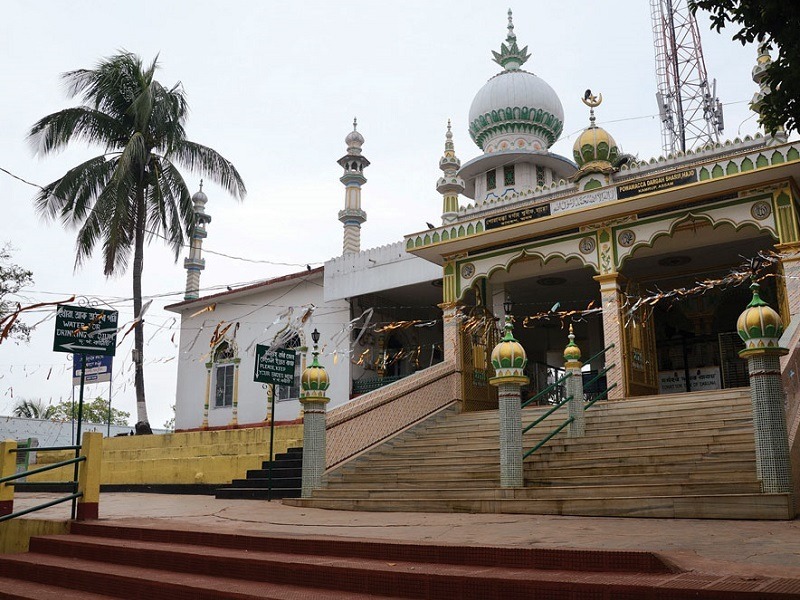 Hajo is an important religious destination for Hindus, Buddhists and Muslims. There are quite a few temples in Hajo and all enjoy the reverence of their devotees. Most famous is the Hayagriva Madhava Temple atop the Monikut hill. Dedicated to Lord Vishnu, Hayagriva Madhava Temple is also known for its typical architecture. It attracts both Hindus and Buddhists pilgrims. The giant ancient turtle in this temple is quite popular. Some Buddhists believe that this temple is the place where Buddha achieved nirvana. The temple is said to house Gautama Buddha's relics. Visitors need to climb a fleet of stairs to reach the temple.

Another prominent place in Hajo is the Powa Mecca mosque. According to the inscription on the wall of the mosque, it was built by Mir Lutufullah-i-Shiraji in 1657, during the period of the Mughal emperor Shahjahan. In front of the mosque lies the tomb of Gyasuddin Aulia, who made the first attempts to impregnate Islam in this part of the world. It is believed that, the foundation of the mosque partly comprises of some earth brought from Mecca.