When one thinks of short weekend getaways close to Bangalore, the beautiful trekking trails around Bangalore are the first ones to strike. If you move further, you can explore several beautiful rolling hill resorts on different directions of Bangalore City. Though there are several majestic places to visit near Bangalore, here are the 10 best hill stations around Bangalore within 300 km order by their proximity to the city. 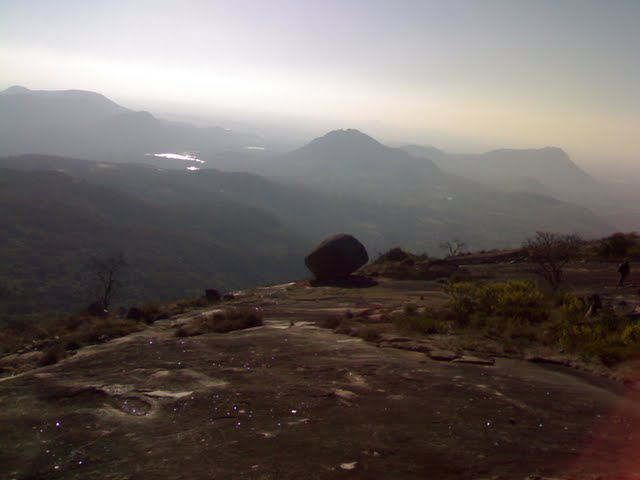 Situated at an altitude of 1265 meters, Horsley Hills is one of the ideal weekend getaways from Bangalore, and among the top place to visit in Andhra Pradesh. Known for its scenic views and pleasant climate, this quaint hill station is a favorite haunt of nature lovers and a perfect place for those who want a relaxing getaway near Bangalore. The major tourist places around Horsley hills are Lake Gangotri, View Point, Gali Bandalu, Environmental Park and the Horsley Hills Museum. Besides, the hills around shelter a variety of wild animals and birds. 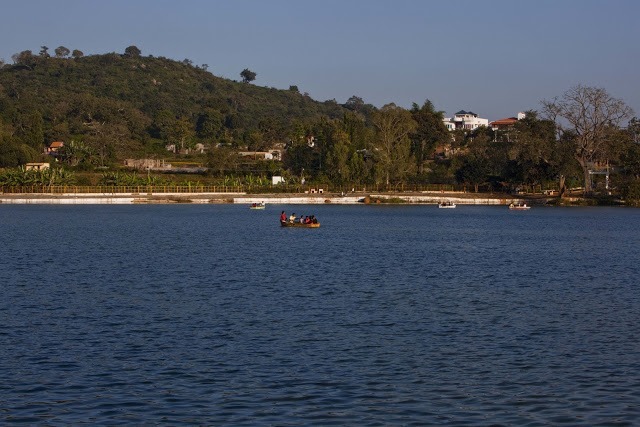 Yelagiri is a hill region in the Vellore district of Tamil Nadu, located in between the towns of Vaniyambadi and Jolarpettai. This is the best hill station near Bangalore & Chennai. Located at an altitude of 1,111m, Yelagiri is a cluster of 14 hamlets surrounded by orchards, rose gardens, and green valleys The main town of Yelagiri Hills is Athanavur, which comprises a winding road through the hills with isolated villages.

Considered as one of the best places to visit near Chennai, this quaint hill station is not polluted like the commercial tourist destinations and is rather secluded amidst four mountains. Punganoor Lake Park, Jalagamparai Waterfalls, Nature Park, Telescope Observatory, Jalagandeeswarar Temple, Government Herbal Farm, etc are some of the popular places to visit here as part of Yelagiri Tour Packages. Tourists can also enjoy a trek in Swami Malai, the highest point in Yelagiri that stands tall at 4,338 ft with spectacular views.

Full Details: Things to do in Yelagiri Hills 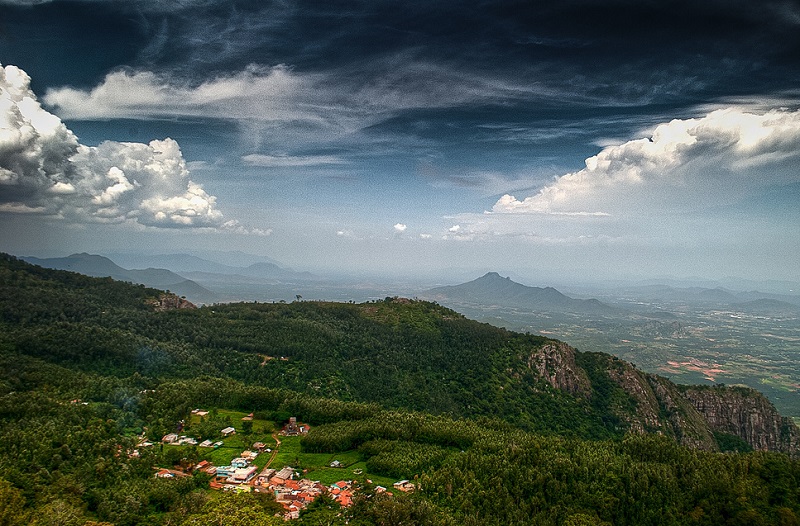 Located in the Shevaroy hills of Eastern Ghats, Yercaud is one of the pristine hill stations near Bangalore but is often overshadowed by the popularity of Ooty and Kodaikanal. This hill station got its name from the Yercaud Lake located at its center. In Tamil, Yeri means lake and Kaadu means forest. This hill town looks amazing in monsoon surrounded by lush green hills, overflowing lakes, and stunning waterfalls. This is one of the popular 2 day trips near Bangalore. and also the most popular attraction you must include in Tamilnadu tour packages. Yercaud Lake, Lady’s Seat, Shevaroy Temple, Pagoda Point, Killiyur Falls, and Botanical Garden are the top places to visit here during your Yercaud Tour. 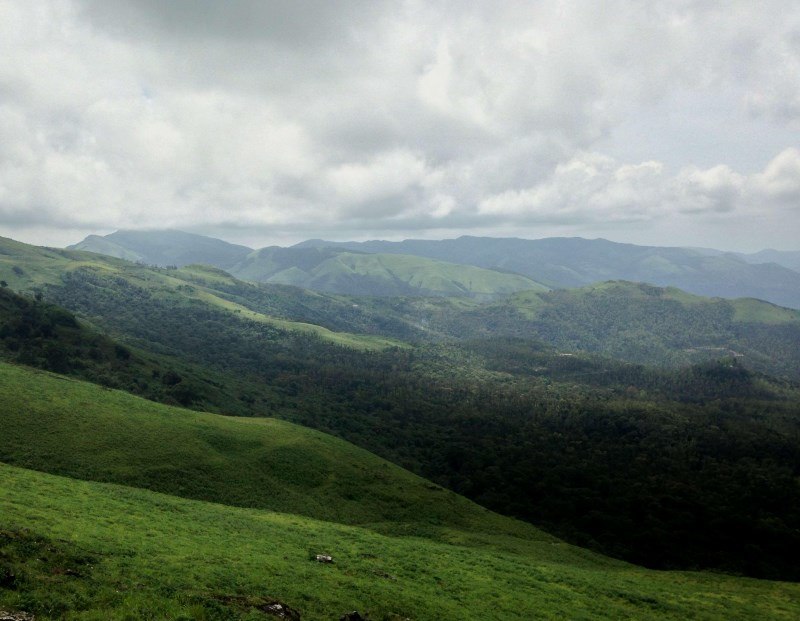 Situated at an altitude of 3,400 feet at the foothills of Mulliyangiri range, Chikmagalur is one of the popular hill stations near Bangalore, and among the best tourist places in Karnataka. The Western Ghats start from this area. The Yagachi River is originated from the surrounding hills. Chikmagalur is famous for its serene environment, lush green forests and tall mountains.

Chikkamagaluru is also famous for coffee and is known as the coffee land of Karnataka. It is the place where coffee was cultivated for the first time in India by Baba Budan in 1670. Hirekolale Lake, Mahatma Gandhi Park, Amruthapura, Baba Budangiri, Mulliyangiri, Ayyanakere Lake, Belavadi, Bhadra Wildlife Sanctuary, Kemmangundi and Manikyadhara Falls are the important tourist places and among the must include places in your Chikmagalur tour packages.

At an altitude of 1434 m, Kemmangundi is one of the beautiful and picturesque hill stations in Karnataka. It is popularly known by the name of KR Hills after the Mysore King Krishnaraja Wodeyar IV. Mesmerized by the beauty of the place, he made Kemmangundi as his summer retreat. Now, Kemmangundi can be ranked as one of the major places to visit in Karnataka.

The region is covered with plantations of coffee and tea along with thick bamboo groves forming a dense forest cover. The main attractions of Kemmangundi are Raj Bhavan, Z point, Rock garden, Hebbe Falls, Kalhattagiri Falls, Baba Budangiri, and Bhadra Tiger Reserve. The sunset view from the Raj Bhavan is a photographer’s delight. Kemmangundi is one of th ebest pkaces to experience Karnataka Tourism as it boasts several trekking routes, mountain trails, and other adventure activities.

Sulthan Bathery is the second largest town in Wayanad district (after Kalpetta). At an altitude of 930 meters, it is also a cute hill resort and transportation hub. It derives its present name from Tipu Sultan of Mysore who captured the Jain temple here and used it as his battery in the 18th century, hence the name Sultan’s Battery. Later, came to be known as Sulthan Bathery, its Malayalam version of the name. Before the conquest by Tipu Sulthan, Sulthan Bathery was known as Ganapathivattam. The famous Panamarram Fort here played an important role during the Pazhassi Rebellion. Sulthan Bathery is one of the top attractions you must include in Wayanad packages.

The climate is pleasant throughout the year. The town is the centre of tourism in Wayanad district and it can be ranked as one of the must include places in Kerala Tour Packages.

Coorg is one of the places with the highest rainfall in India. Places like Raja’s seat, Golden Temple at Bylakuppe, Bagamandala, Nagarhole National Park, and Dubare are the major attractions you must include Coorg Tour Packages. Elephant rides at Dubare Elephant camp and white water rafting in Upper Barapole River are other interesting things to do in Madikeri. While in Coorg, travelers must enhance their trip by choosing the best Coog Resorts to pamper themselves with opulence amidst picturesque vistas. 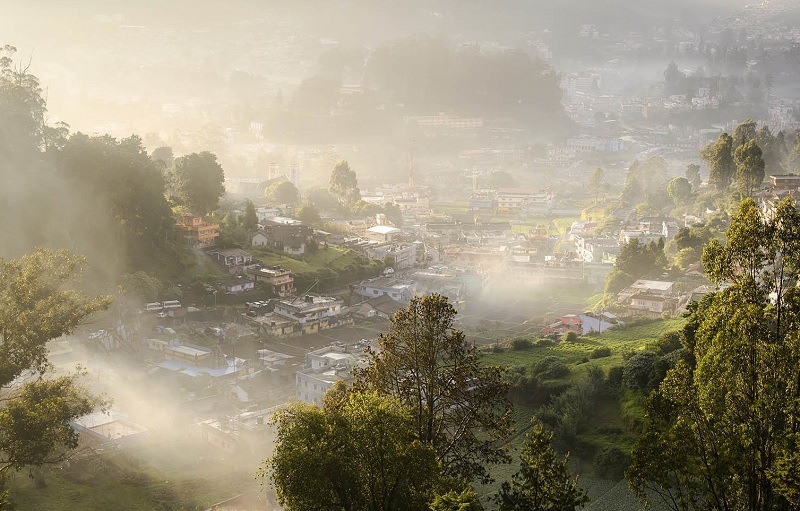 Situated at an altitude of 7,440 feet, Ooty is one of the most popular hill stations in India. Also known as Udhagamandalam, Ooty is often referred to as ‘Queen of hill stations’. Ooty served as the summer capital of the Madras Presidency and other small kingdoms, much visited by British during the colonial days. Its stunning beauty and splendid green deep valleys inspired the British to name it Queen of Hill Stations.

Apart from pleasant weather, Ooty is home for several tourist destinations like Ooty Lake, Botanical Garden, Rose Garden, Wenlock Downs, Pine Forest, Doddabetta Peak, Emerald Lake, Pykara Dam, Pykara Falls, Avalanche Lake & Sanctuary, etc. The toy train, known as Nilgiri Mountain Railway that runs from Mettupalayam to Ooty is a UNESCO World Heritage Site and a must be experienced as part of Ooty tour packages. The sanctuaries of Mudumalai and Bandipur provide ample opportunity to explore the wildlife of Western Ghats. While in Ooty, travelers must enhance their trip by choosing the best Ooty Resorts to pamper themselves with opulence amidst picturesque vistas.

Kalpetta, the headquarters of the Wayanad district, is a picturesque plateau situated at an altitude ranging between 700 to 2100 meters in the Western Ghats on the borders of Tamil Nadu and Karnataka States. Wayanad has a rich history and the hills of Wayanad have several evidences of the New Stone Age civilization. It is one of the cheapest hill stations in India and also one of the top places to visit as part of Kerala tour packages.

Wayanad has a pleasant weather throughout the year and is one of the popular Kerala Tourist Places. It has several Waterfalls (Meenmutty Falls, Soochipara Falls, Kanthampara Falls), Dams / Lakes (Pookote Lake, Banasura sagar dam, Karappuzha Dam), Wildlife Sanctuaries (famous Wayanad WLS), Peaks / Trekking Destinations (Brahmagiri / Pakshipathalam, Chembra Peak), Hill Stations (like Lakkidi) and several Pilgrimage centers (like Thirunelly Temple). Edakkal Caves is one of the prime places of sightseeing in Wayanad. Sulthan Bathery and Mananthavady are the largest towns in Wayanad after Kalpetta and these three towns are the base stations to visit different parts of the Wayanad district as part of Wayand 2 day trip. 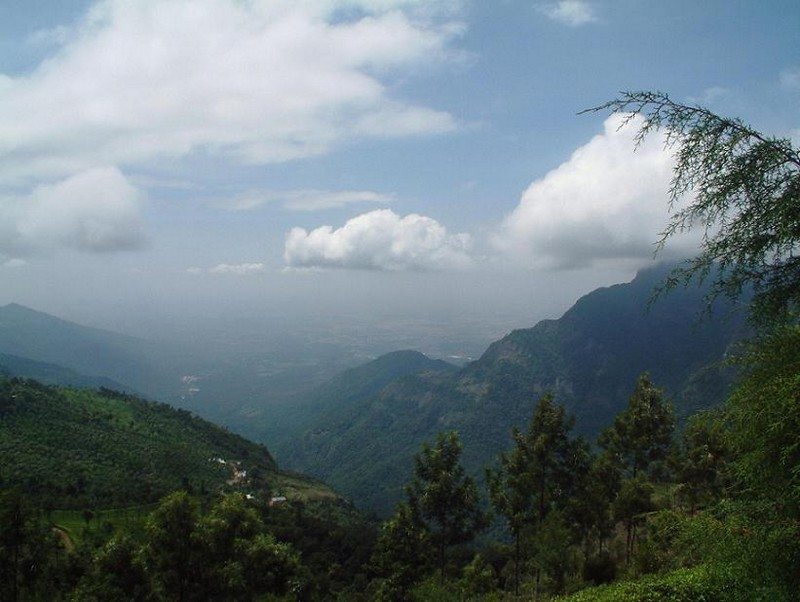 At an altitude of 6,000 feet above sea level, Coonoor is one of the top destinations for summer getaways in Tamilnadu. Known for its production of Nilgiri tea, Coonoor provides the travelers with the panoramic view of the lush green Nilgiri hills, with its ravines, valleys and waterfalls. Sim’s Park, Lambs Rock, Dolphins Nose, Law’s fall, St. Catherine Falls, etc. are some of the must visit places as part of Coonoor Tour Packages.

Coonoor is an ideal base for a number of trekking expeditions leading into the Nilgiris. One of the popular trekking trails is to Lamb’s Rock that is 9 km from Coonoor. A little ahead of Lamb’s Rock is located the Lady Canning’s Seat that offers a panoramic view of the Nilgiris. Coonoor started attracting more tourists these days due to buzzing over urbanization of Ooty.