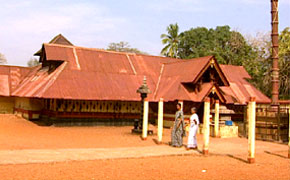 At a distance of 28 km from Kollam, Sastha Temple is a Hindu temple located at Sasthamkotta near Kollam. It is one of the famous temples in Kerala, and among the best religious places to visit in Kollam.

Situated on the banks of vast Sasthamkotta Lake, Sree Dharmasastha Temple is dedicated to Lord Ayyappa. The temple was built by a prince of the Pandalam Royal family. Folklore has it that the idol consecrated at Sasthamcotta temple is none other than the swayambhu idol worshipped by Lord Ram during his trip to Lanka (Sri Lanka) in search of his consort, Sita. Lord Ganesha is also worshipped at this temple.

Shri Dharma Sastha temple is built in the Kerala style of architecture. The temple is surrounded by Sasthamkotta lake. The presiding deity of the temple is Shri Dharma Sastha, accompanied by his consort 'Prabha' and son 'Sathyaka'. The Dharmasastha (deity) here is said to have the same powers as that of Lord Ayyappa in Sabarimala. One of the fascinating features of this temple is the abundance of monkeys found in the surroundings of the temple. The monkeys are devotee-friendly, and the thousands of devotees visiting the temple take pleasure in feeding these monkeys with nuts and fruits during their Kollam tour.

The annual Utsavam is the main festival of the temple which lasts for ten days. A number of elephants with their nettipattam (decorative head-dress) come to the temple to pay reverence to the prime deity during the festival. 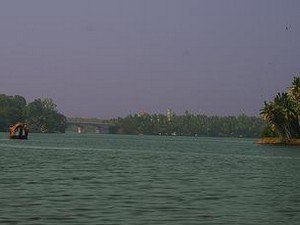 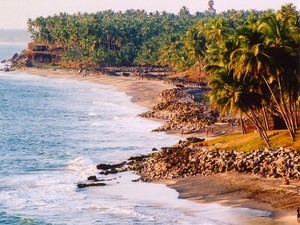 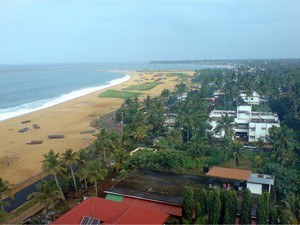 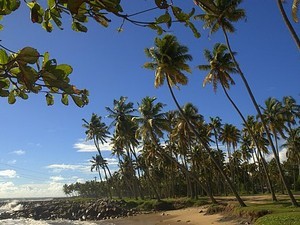 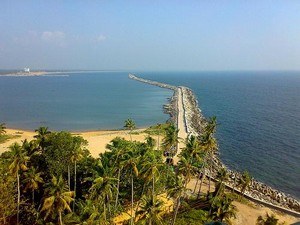