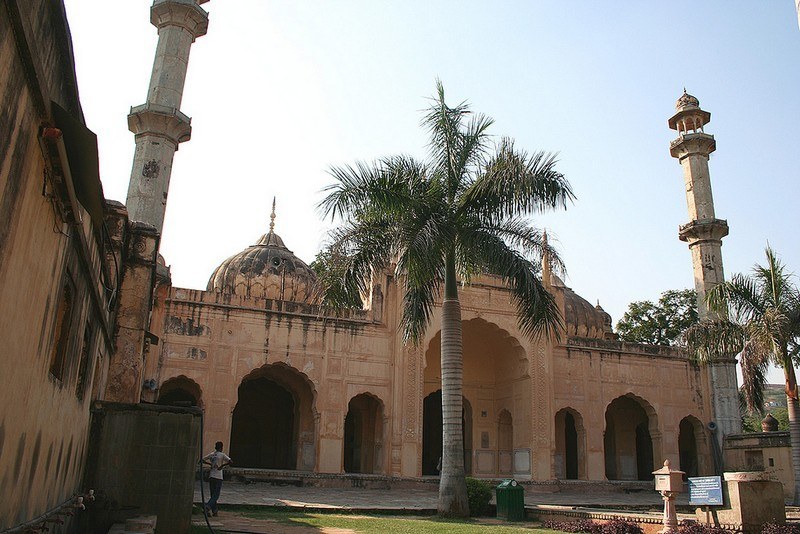 At a distance of 13.5 km from Jaipur Junction Railway Station, The Jama Masjid of Amber is located near the Amer Fort on the outskirts of Jaipur City. Amber Jama Masjid also known as Akbari Masjid was built by Raja Bharmal on the order of Emperor Akbar in 1569 AD.

The Mosque was built on a slightly raised platform entered through small gateways on three sides. Its rectangular prayer hall on the west, has a magnificent facade of seven arches, the central one is larger than others. The prayer hall is surmounted by three large domes along with an inverted lotus. The courtyard in front of the mosque has an ablution tank. Four high minars built on the corners enhance its beauty. Interior of domes were decorated with geometric designs and paintings.