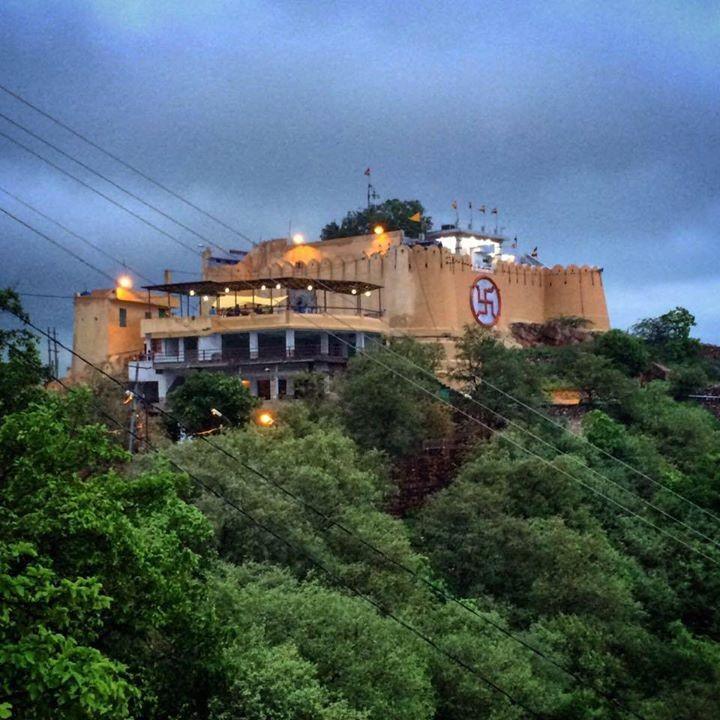 The temple was built by Maharaja Sawai Jai Singh I when he performed the Ashwamedha Yagna before the establishment of Jaipur. He made the shrine and placed the statue of Lord Ganesh before laying the foundation stone of Jaipur. He also kept the statue in such a way that Maharaja can see the statue with the help of binoculars from Chandra Mahal of City Palace in Jaipur.

In this temple, Lord Ganesh can be seen as child Ganesha - Vigra Purushakriti (without trunk).The main deity idol is beautifully decorated with gold and silver ornaments. The statues of his wives Ridhi - Sidhi, two sons Subh-Labh and his vehicle Mooshik can also be seen in the temple. This beautiful temple is surrounded by the serene hills and greenery. The temple located on a hilltop which can be reached by a flight of over 300 steps.

Ganesh Chaturthi is the major festival celebrated at this temple. On this occasion, the fair of five days is organized every year. Elephant riding is also available here.