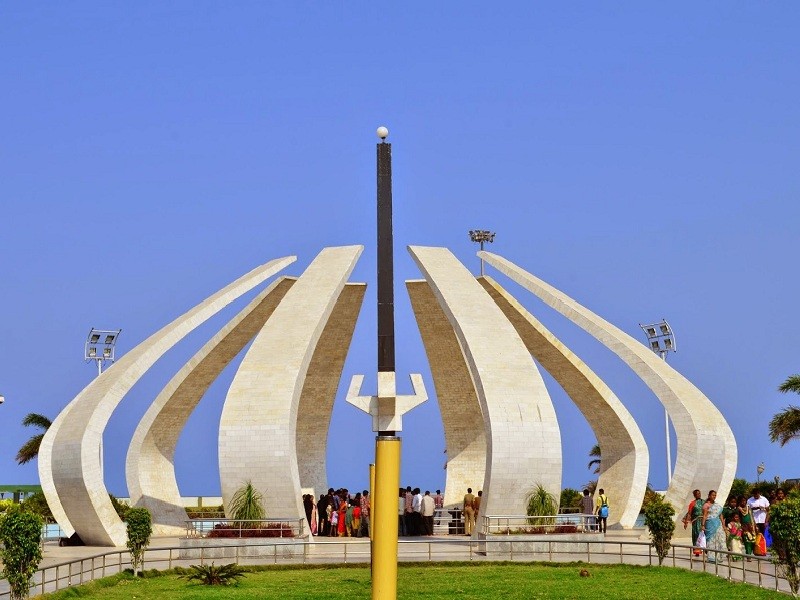 At a distance of 3 km from Chennai Central Railway Station, MGR Memorial is a memorial structure situated within the picturesque surroundings of the Marina Beach in Chennai. It is one of the popular places of sightseeing in Chennai.

The memorial is surrounded with open areas of grass, beautiful pathways, and a splendid water fountain with the long stretch of Marina Beach as the backdrop. Initially, the memorial facade was essentially a tall entry arch greeting with folded hands. Post renovation of the memorial in 2012, the facade was replaced with a concrete replica of the two leaf emblem, which is the official symbol of the AIADMK party founded by Dr. Ramachandran. The facade was also given a Grecian touch with the erection of a 12 fee high bronze sculpture of Pegasus, the winged horse of Greek mythology.

The memorial also houses a museum at the northern side of its campus. An ever burning lamp inside the memorial stands in the great man's memory.