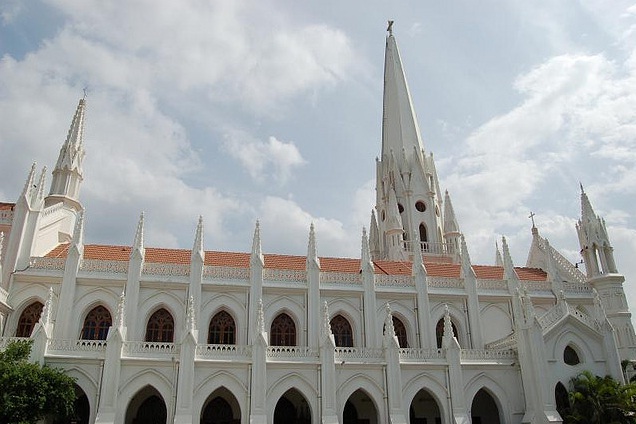 At a distance of 7 Kms from Chennai Central Railway Station (located at the Southern end of Marina Beach, in Mylapore), San Thome Cathedral Basilica is one of Chennai's historic landmarks. This Cathedral was originally built in 1504. It was rebuilt in 1890 with a 180 ft basilica.

This is one of the top tourist places to visit in Chennai city. The church gets its name from St.Thomas, the apostle of Jesus who is believed to have come to India sometime during 52 A.D. It is believed he was killed on St. Thomas Mount just outside the city in 78 AD and his remains interred in Santhome beach where a church was later built. Several years later, another church was built further inland and his mortal remains were transferred here.