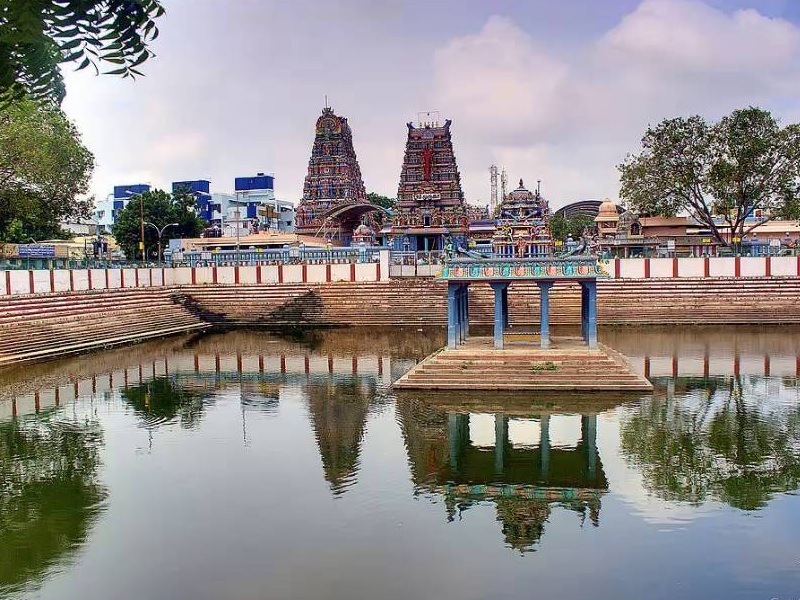 At a distance of 10 km from Chennai Central Railway Station, the Vadapalani Murugan Temple is a Hindu temple situated in Vadapalani area of Chennai, Tamil Nadu. Also known as Vadapalani Andavar Temple, it is among the most popular temples in Chennai and also one of the famous places to visit in Chennai.

Vadapalani Andavar Temple is dedicated to Lord Murugan. Built around 125 years ago, this temple is one of the most frequented temples of Chennai. According to the legend, Annaswami Nayakar, an ardent devotee of Lord Murugan was the founder of the temple. During his worship, he experienced divine power entering his body and inspiring him to speak surprising things later found to be true. His utterance went by the name of arulvakku and relieved people in several ways, like curing diseases, getting jobs and marriages, etc.

The presiding deity idol in the sanctum sanctorum of the temple resembles the original Palani Muruga in his standing posture. Many sannidhis are present in the temple courtyards including Varasiddhi Vinayaka, Chokkanathar, Meenakshi Amman, Kali, Bhairava, Shanmuga with Valli and Devasena. The Vadapalani Murugan Temple has many niches like Dakshina Murti, Chandikeswar, Mahalakshmi, etc. situated in the inner prakara. The entrance to this temple is crowned with a Rajagopuram adorned with several stucco images depicting legends from the Skanda Purana. In front of the temple is the temple tank. One can also witness 108 gestures of Bharatanatyam in the eastern tower which is more than 40 m in height.

The temple is also considered as an auspicious place to get married and witnesses approximately 7000 marriages every year. Devotees come in large numbers and pay their respect to Lord Muruga during festivals. Skanda Sasti is celebrated with great pomp and fervor here in the month of Aippasi. Other festivals celebrated here include Panguni Uttiram and Karttikai asterism.