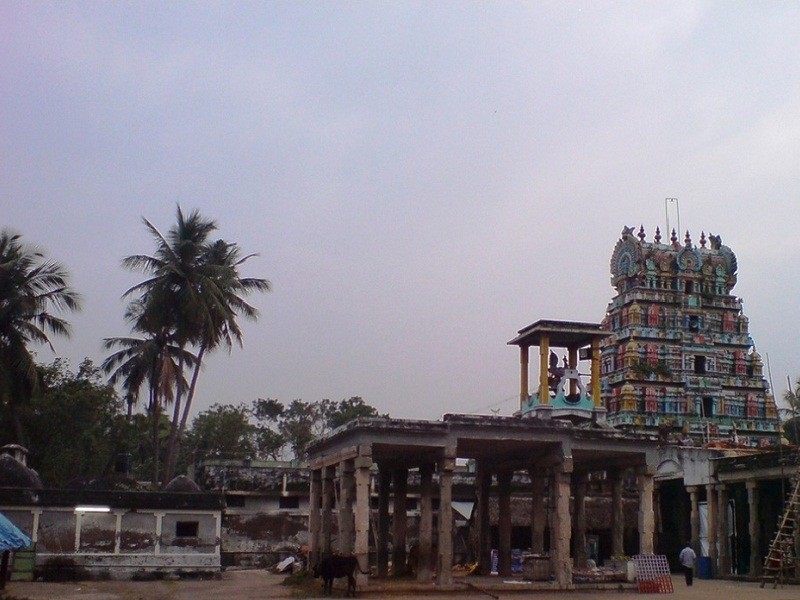 #9 of 22 Places to Visit in Kumbakonam

At a distance of 3 km from Suryanar Kovil and 18 km from Kumbakonam Railway Station, The Agneeswarar Temple is a Hindu temple situated at Kanjanur in Tamil Nadu.

The presiding deities of temple are Lord Shiva as Agneeswarar and Goddess Parvathi as Karpagambal. Kanjanur is one of the nine Navagraha sthalas located in the Cauvery Delta region dedicated to planet Venus, called Sukran. Unlike other Navagraha temples, the main deity, Agneeswarar in the form of lingam depicts Lord Sukran.

The temple was built by the Medieval Cholas and renovated by the kings of the Vijayanagar Empire. Lord Brahma is said to have been blessed with a vision of Shiva's marriage with Parvathi here. Agni is said to have worshipped Shiva here, hence the name Agneeswarar. This shrine is also referred to as Palaasavanam, Brahmapuri, Agnistalam and Neelakudi. The important feature is that the oil Abishekam performed to the main Siva lingam is fully absorbed by the idol.

This temple has a five tiered Rajagopuram and two prakarams. Haradatta Sivacharyar is said to have composed many works in Sanskrit here. Stone images of Natarajar and Sivakami are seen in this temple. The Shiva Tandavam here is referred to as Mukti Tandavam. Legend has it that Shiva blessed Paraasara muni with a vision of the cosmic dance here. The temple also houses the deities of Maanakkanjaarar Nayanmaar and Kalikkaamar, in separate shrines.

Sukran is the second most beneficial planet after Guru. Friday is the day of Sukran and worship on Fridays is considered very special. Mahasivaratri, Arudra Darisanam, Navaratri and Aadi Pooram are celebrated grandly at this temple.