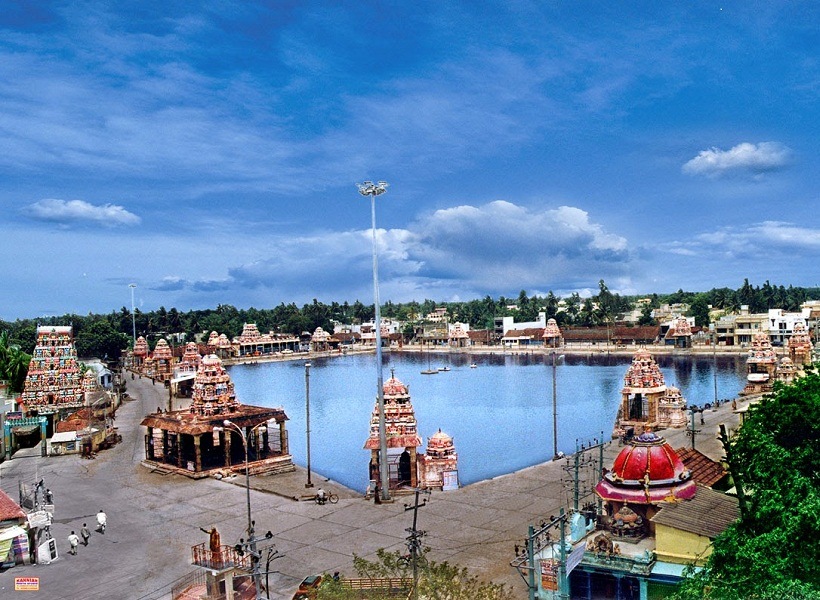 The tank covers an area of 6.2 acres and is trapezoidal in shape. The tank is surrounded by 16 small Mandapams (shrines) and has 21 wells inside the tank. Govinda Dikshitar, the chieftain of Ragunatha Nayak of Thanjavur, constructed the sixteen Mandapams and stone steps around this tank. Brahmatheerthesar, Mukunthar, Thalesar, Rishakesar, Umaipakesar, Nairuthesar, Brahmeesar, Gangatheerthesar, and Seshtra Paleesar, are the names of deities located in these Mandapams. It is one of the most prominent places to visit as part of Kumbakonam trip.

There are 21 wells inside the tank in the shape of small spring wells. Beginning the eastern side of the tank, there are 8 wells in the name of celestial deities namely Indra, Yama, Agni, Niruthi, Vayuya, Kubera, and Isanya respectively. In between the Vayu and Kubera wells, the ninth well is located called Brahma Theertham. Commencing from the north of Vayu Theertham, there are nine wells indicating the holy rivers of India, namely the Ganges, Yamuna, Godavari, Narmada, Saraswathi, Kaveri, Tungabhadra, Krishna, and Sarayu.