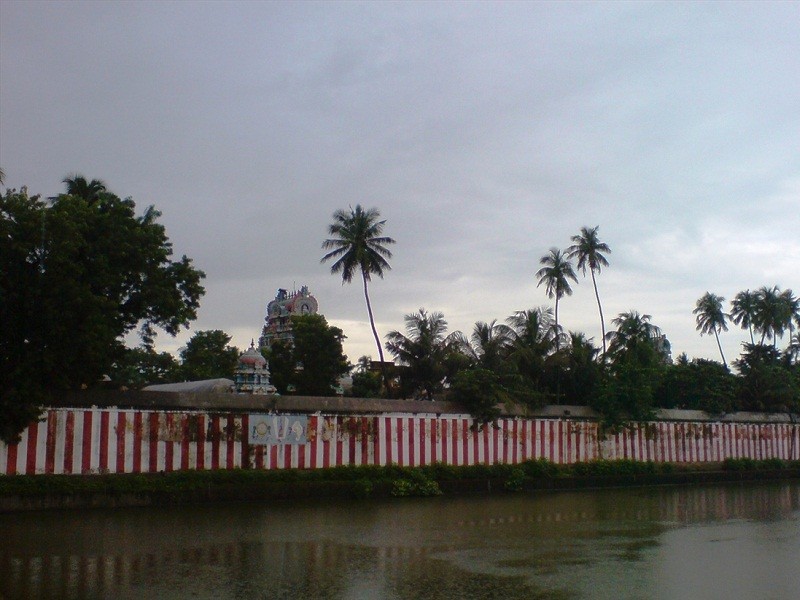 At a distance of 9 km from Kumbakonam Railway Station, Nachiyar Kovil or Thirunarayur Nambi Temple is an ancient temple dedicated to Lord Vishnu, located at Thirunaraiyur village of Kumbakonam.

The temple was constructed in the Dravidian style of architecture. The temple has a 5-tiered rajagopuram on the eastern side, rising up to a height of 75 feet. The entrance through the eastern gateway leads to a hall of 16 pillars, called Neenila Mutram. Thirumangai Azhwar, Ramanuja, Koorathazhwar and idols of eleven azhwars are the other shrines here.

According to the legend, sage Medhavi wanted Goddess to be born as his daughter and undertook penance on the banks of the Manimuthar River. Pleased with his penance, Goddess was born under the Vanjula tree and the Rishi brought her up as Vanjulavalli. Lord Mahavishnu came to Thirunaraiyur in five forms as Sangarshanan, Pradyumnan, Anirudhan, Purushothaman and Vaasudevan. Perumal expressed his desire to the sage to marry his daughter. The sage accepted Lord's wish on one condition that his daughter would have all powers in all matters. Perumal agreed to the condition and had the hands of Mother. Named after Mother-Nachiar, the place came to be known as Nachiar Kovil.

The Presiding deity of this temple is Lord Vishnu known as Naraiyur Nambi and Goddess Lakshmi as Nachiyar Thayar (Vanjulavalli Thayar). The sanctum also houses the images of Brahma, Pradyumna, Aniruddha, Sankarshana and a set of gods, who are depicted attending the wedding. The festive idols of Srinivasa, Vanjulavalli (Lakshmi) and Bhudevi are housed in the same shrine.

Kal Garuda is the most prominent feature of the temple. As per local legend, the sculptor who sculpted the idol of Garuda got frustrated as the bird flew away each time, a new image was prepared. In frustration, he threw a stone at Garuda, who got injured and decided to stay in the temple as Kal Garuda. The image of Kal Garuda is made of saligrama and is housed in the shrine outside the main sanctum.