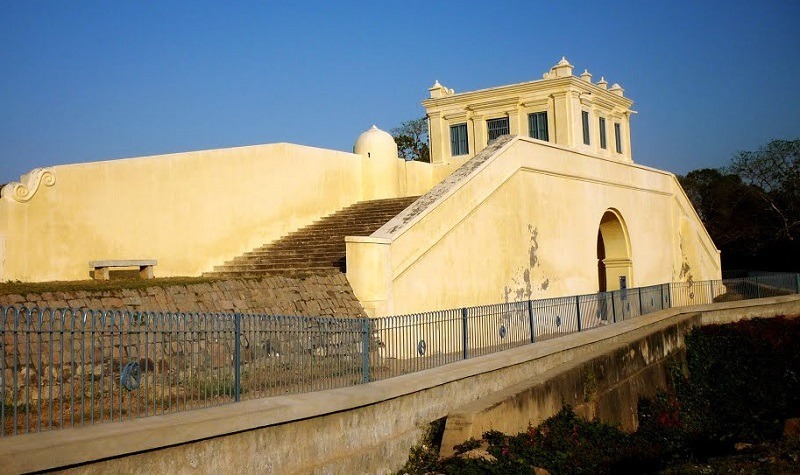 Travel Tips: Following places can be visited from Arcot:

At a distance 26 km from Vellore, Arcot is a town and suburb of Vellore city, located on the southern banks of Palar River. Arcot is a historical town which was the headquarters of Nawab of Carnatic, who ruled the region in 18th century AD. It was earlier known as Thiruvazhundur during the Chola period. Delhi Gate and Arcot Fort are important attractions in the town.

Arcot was ruled by 12 Nawabs. Carnatic Nawabdom was established by the Mughal Emperor Aurangzeb, who in 1692 appointed Zulfikar Ali as Nawab of the Carnatic, with his seat at Arcot as an honor for his triumph over the Marathas at this place. In 1740, the Maratha forces invaded Arcot. They attacked the Nawab, Dost Ali in the pass of Damalcherry. In the war that followed, Dost Ali, one of his sons Hasan Ali, and a number of prominent persons lost their lives. In 1751, The English captured the town during Carnatic Wars. In 1801, the town was annexed by the British East India Company and merged into Madras Presidency

The Arcot Fort was built by Daud Khan, Nawab. The fort was huge and had a circumference of 8 kms. The invasion of Tipu Sultan of Mysore resulted in the complete destruction of the fort. Arcot was the first important fortified town captured (1751) by Robert Clive in the British-French struggle. The place boasts of forts, monuments like the Delhi Gate and mosques such as the Green Stone Mosque, etc. Arcot has the tomb of famous 18th-century Sufi Saint - Tipu Mastan Aulia.

The Delhi Gate is a historical monument situated in the town of Arcot. The gate used to function as an entrance to the 18th century. In the year 1710, Mohammed Sayyid was the last Mughal governor who was appointed as Nawab of Carnatic with the title Saadatullah Khan I and moved his capital from Gingee to Arcot. The prolonged disputes between the different dynasties fighting for the control of Arcot led to the arrival of the British and the French. The capture and the defense of Arcot by handful of British troops and Sepoy under the command of Robert Clive against enormous forces was one of the most remarkable battles fought by the British. The siege lasted fifty days, ending on 15th November 1751.

In 1751 Robert Clive captured this fort and renamed one of the gates of Arcot Fort as Delhi Gate, as this victory was the beginning of his capture of Delhi. The entrance of the gate was constructed in the style of a Mughal arch. Over the gate is Robert Clive's room.

The city of Arcot celebrates Mayana Kollai in a big way which is a function celebrated for Angalamman (the village deity). This major function is celebrated in the Tamil month of Maasi (Amavasya) in February and March every year.