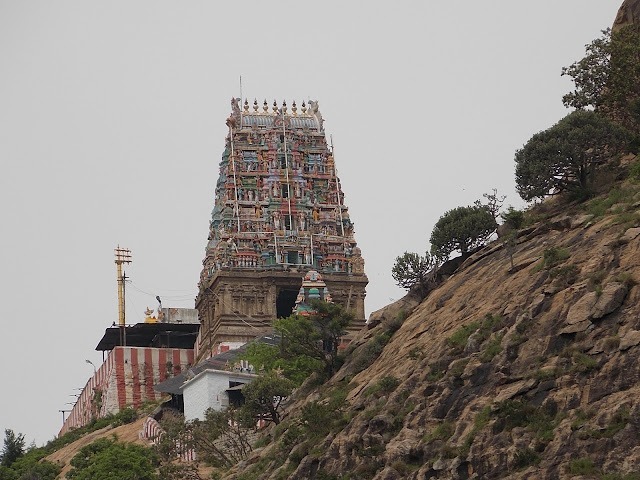 Travel Tips: This place needs a trek of about 1300 steps while takes about 20-30 minutes one way

At a distance of 3.5 km from Sholingur Bus Station and 506 km from Vellore, Sholingur Sri Yoga Narasimha temple is a famous temple and one of the 108 divya desams of Sri Vaishnavas.

The Yoga Narasimha temple is situated on a hill called Periya Malai. The presiding deity Lord Narasimha is seen here in yogic posture. It is located at an altitude of about 1000 feet and one has to climb about 1300 steps to reach the shrine.

The Goddess of this temple is known as Amirtha Valli Thayar. The unique feature of this temple is that Lord Yoga Narasimha is seated in a yoga asana with Salagrama Hara (necklace) and Chaturbuja (four arms). He holds Sanka and Chakra in two arms; the other two arms signify a meditative posture.

According to legend, Narasimha is the fourth incarnation of Lord Vishnu, after slaying the demon Hiranyakashipu, reached this hill. It is believed that worshipping the lord at this temple would relieve the devotees from various ailments, especially those who suffer from mental illness and evil spirits. It is customary for the devotees to take a bath in the temple tank known as Takkan Kulam or Brahma Tirtham before starting to climb the hills to have a darshan of the Lord. Doli service is available for those who can't climb the steps.

There is also a temple for Sri Yoga Anjaneya on the small hill, which is about 350 feet high which can be reached by about 400 steps.

Narasimha Jayanthi, the birth star of the Lord Narasimha, Chaitra Brahmotsavam and Panguni Thiru Kalyana Utsavam in March are the major festivals that are celebrated here.