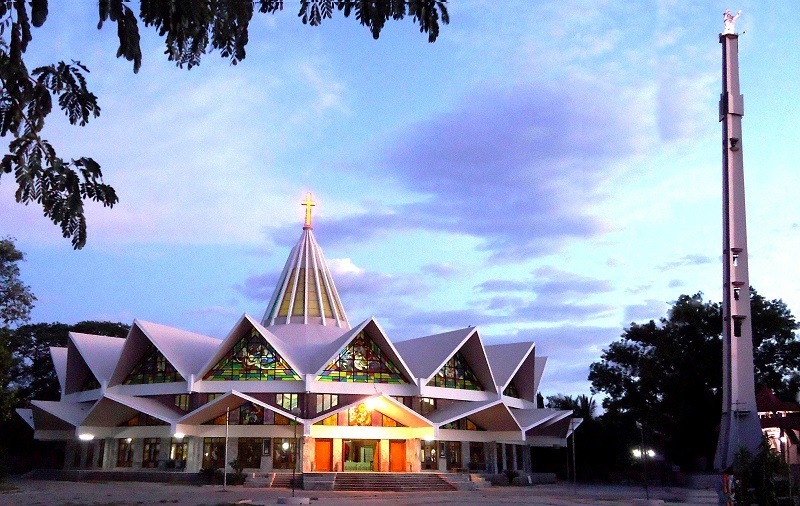 At a distance of 2.5 km from Vellore Town Railway Station, The Cathedral of the Roman Catholic Diocese, also known as Assumption Church is situated next to the Bishop's House in Vellore. The major attraction of this Church is a bell tower, which is said to be the highest bell tower in India.

The Society of Jesus spread Christianity in Vellore from 1604. In 1854 Vellore was made a parish and Assumption church was built in the same year. It was under the Madras Archdiocese until it was announced as the cathedral of the new born Diocese of Vellore in 1952.

Our Lady of Assumption church is situated in middle of Vellore town. The old cathedral was demolished and basement for the new cathedral was consecrated on 15 September 2002. Blessed Sacrament chapel, prayer meeting hall, Glass paintings of 18 important events of salvation history and 15 mysteries of Rosary, and 165 feet height Belfry are special features of the new cathedral. The present cathedral has capacity for 3000 people.

Feast of this church falls on August 15th every year. Festivals like Christmas, Good Friday, Easter and New Year are also celebrated in the Church.