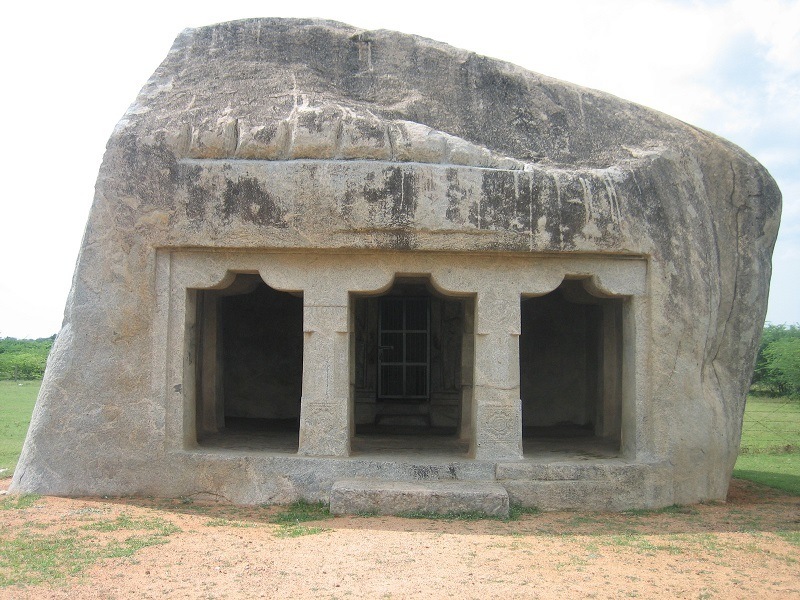 At a distance of 58 km from Vellore, 36 km from Arcot and 25 km from Arakkonam, Mahendravadi is a small village situated near to Sholingur. This village is famous for the Mahendravadi rock temple that was constructed by Pallava King Mahendra Varman I. Inscriptions mentioned here note that the temple was excavated by Gunabhara.

The temple is a monolithic rock-cut cave temple, which is under the maintenance of Archeological Survey of India. This cave temple is dedicated to Lord Vishnu. The sanctum sanctorum of this temple holds an image of Lord Narasimha, depicting Yoga Narasimha posture. The inscription found in this temple calls this place Mahendra Vishnu Graha.

The cave temple is east facing with front facade supported by two by two pillars nicely carved with lotus designs. The sanctum carved towards the back wall of the cave. The entrance of the shrine has two well carved Dwarapalakas. The idol of Yoga Narasimha is placed inside the sanctum.

There is another temple located near the lake on western side of Mahendravadi rock temple. It is called Madhavathamman, situated about only 2 km away.

The Lord Shiva temple and Lord Lakshmi Narayana Temple are two other ancient temples situated in the village.