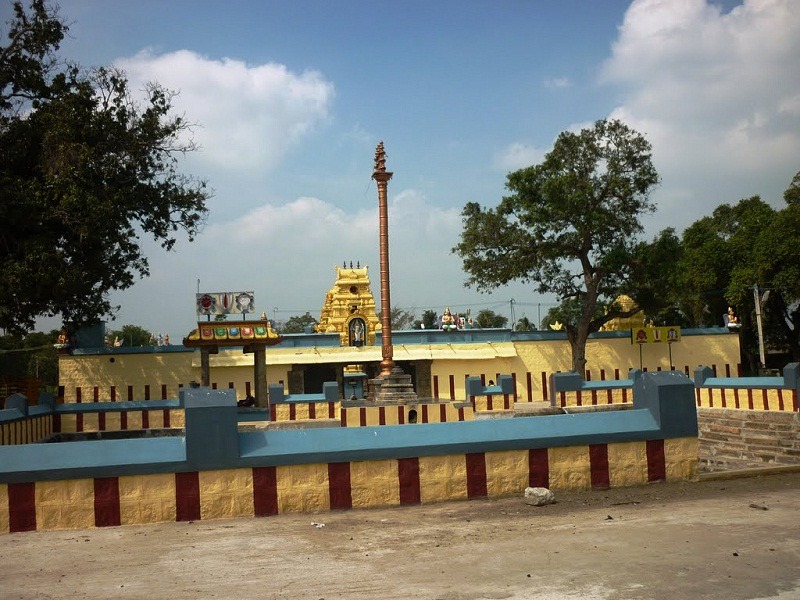 At a distance of 1 km from Thiruparkadal Bus Stand, 4 km from Kaveripakkam and 43 km from Vellore, The twin temples of Prasanna Venkatesa Perumal and Athi Ranganatha at Thiruparkadal are situated on Chennai - Bangalore Highway on the banks of Vegavathi River. The two temples are situated very close to each other with a Pushkarini in front of them. The Prasanna Venkatesa Perumal Temple has both Shiva and Vishnu and the Ranganatha Swamy Temple has Vishnu and Brahma - therefore it is a Trimurthi Kshetram.

The Prasanna Venkatesa Perumal temple is dedicated to Lord Venkateswara. The deity is standing on an Aavudaiyar, which forms part of the Sivalinga. It is rare to have darshan of both Vishnu and Siva in the same sanctum. The Sprawling temple was renovated by Vijayanagara kings. It also has shrines for Alamelu Mangai, Anjaneya, Garuda, Rukmini, Sathyabhama. This temple was patronized by Krishna Daveraya, and an idol of him is placed inside the sanctum.

According to history, once Sage Pundareeka, a Vishnu devotee, was on his way to Kanchipuram to worship Lord Varadaraja. He got delayed and decided to worship the Lord at the nearby village temple before the Ekadesi was over. He saw a small temple and Pushkarini at this village. After quickly bathing in the pond, he went into the temple only to find a Shivalinga in the sanctum. Disappointed that he had not got a glimpse of Lord Vishnu as he had expected and worried that he would not be able to worship the Lord before the auspicious time was over, he walked out of the temple. An old man appeared before him and asked him why he was so sad. When Sage Pundareeka narrated what had happened, the old man told him that what he had seen was indeed Lord Vishnu's shrine and invited him to go along with him inside the temple. On reaching the Sanctum Sanctorum, the old man disappeared and Lord Vishnu gave darshan to the Sage as Venkatesa Perumal standing over the Shivalinga. From that day, the Lord is called Pundareeka Varadhan and the Pushkarini is called Pundareeka Pushkarini.

The other temple is Sri Ranganatha Temple, where Lord Vishnu is seen with Brahma on his naabikamalam. The presiding deity is around 6 feet long accompanied by his consorts Sridevi and Bhoodevi and Brahma seated on the lotus flower rising from the Lord's navel. According to the legend, Brahma seeking the Lord's help to stop Saraswati flowing in the form of River Vegavathi to destroy the Yagasala where he was performing the ritual to see the Lord. The Lord obliged him by lying across the course of the river. On Vaikunta Ekadasi, Lord Vishnu is adorned with flowers and special poojas are performed..