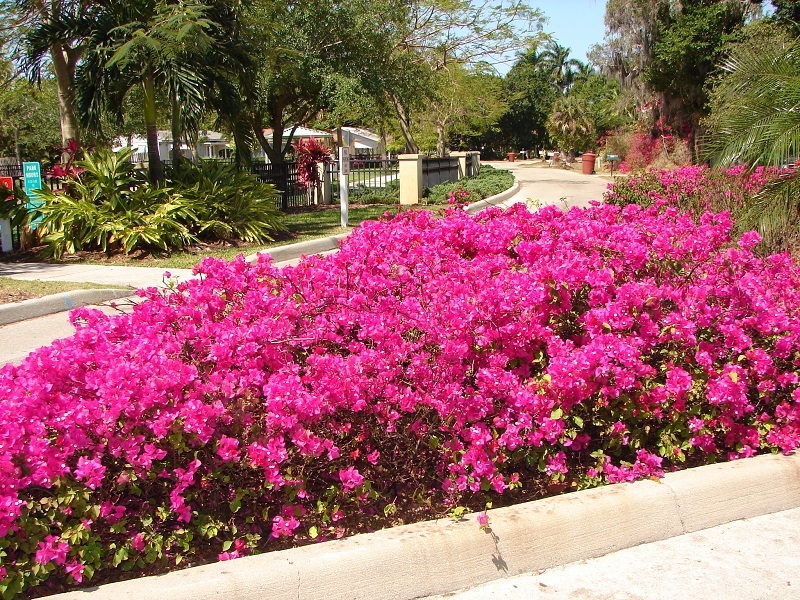 At a distance of 4 km from Chandigarh Bus Station, Bougainvillea Park is located in Sector 3 of Chandigarh. It is one of the beautiful parks in Chandigarh.

Bougainvillea Park was set up in the year 1976, covering a total area of 20 acres. This garden exhibits 65 distinctive varieties of Bougainvillea shrubs planted over here. These bougainvilleas are shaped in to different forms like an arch, pavilions, a cluster of bowers, and arcades. These thorny shrubs are just right for bonsai type planting. A few flowering trees have also been planted to give colourful effect during the intervening period of bougainvillea flowering time.

The Garden has acquired a prime position in the tourism arena of Chandigarh within a short span of time. The annual Bougainvillea festival conducted in the park is very popular and it attracts large number of people. Apart from these paper beauties, the park also holds fitness tracks, which provides a good walk and morning exercise field amidst a colourful brigade.

Situated within the garden is the Chandigarh War Memorial and was inaugurated by Dr. A. P. J. Abdul Kalam in 2006. This memorial is dedicated to those who laid their lives defending the country since independence. The Memorial, lists the names of Martyrs from Punjab, Haryana, Himachal Pradesh and Union Territory of Chandigarh. This is the largest post-Independence war memorial of the country, with nearly 8459 names of the deceased soldiers, since 1947, from the Army, Air Force and Navy.