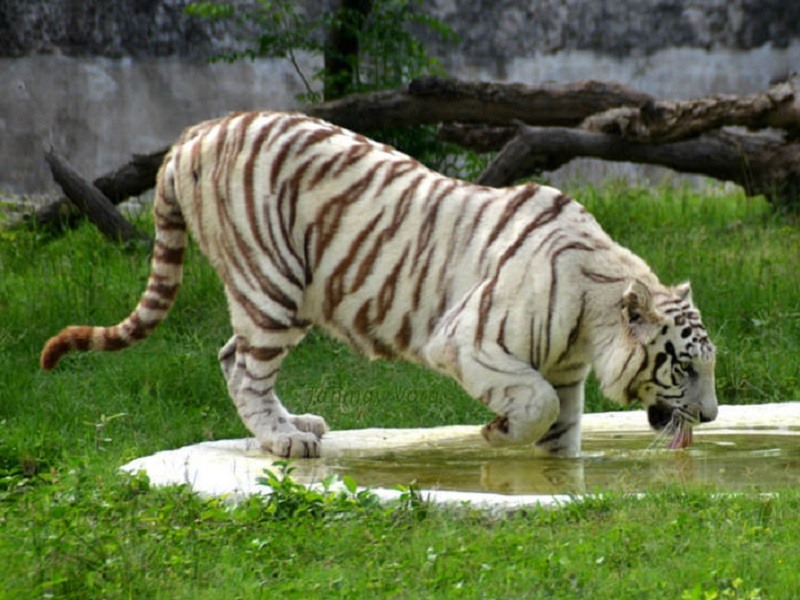 The zoo was inaugurated in 1977 by the then governor of Punjab Mahendra Mohan Chaudhary, and it was christened as Mahendra Chaudhary Zoological Park. Initially the zoo was populated by a small number of animals brought from Guwahati Zoo, Assam. Sprawling over an area of 505 acres, the Chhatbir Zoo is the largest zoological garden in North India now. It is located on the right bank of river Ghaggar with Shivalik hills in the background. The open countryside all around the zoo provides vast opportunity to the naturalists to take a close look at nature and natural resources in original form.

Chhatbir, once shooting reserve of the Maharaja of Patiala, is today a wildlife heaven and is home to hundreds of reptiles, mammals and birds. The zoo comprises of around 1240 animals as well as birds which belong to around 103 species living in over 100 enclosures. The Asiatic Lion reserves and the Royal Bengal tiger are the major point of attraction of this place. Tourists are carried in an incarcerated motor means of transportation to the Royal tiger's shelter to relish its attraction. The sight of Royal Bengal Tiger roaming freely in its near-natural habitat makes your visit worth it.

The Zoo has a magnificent deer safari where Sambar, Spotted Deer, Black Buck and even Hog Deer roam together in a habitat. The Deer Safari is spread over an area of 12 hectors. Lion Safari gives a thrill of life to the visitors where king of the jungle roams freely. The Lion Safari is spread over an area of 8 hectors of natural forest having lion houses on edge. A Large number of Peacocks also roam freely inside the lion safari which gives an added attraction to the visitors. An artificial lake in the zoo is a unique feature and attracts large number of migratory birds during the winter months.

Timings: 9 AM - 5 PM, Closed on Mondays and on National Holidays