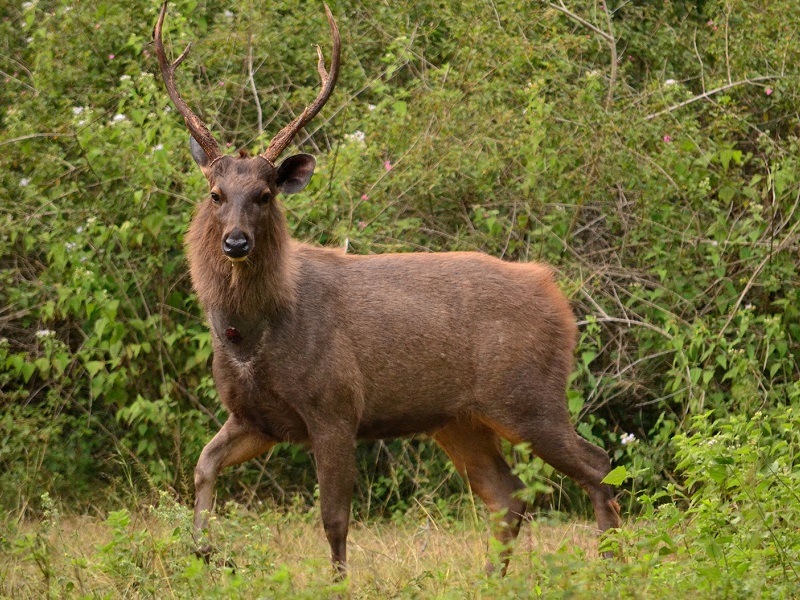 Travel Tips: The sanctuary allows maximum 200 persons every day. All permits are issued on first come first basis. Visitors have to take prior permission from the Chandigarh forest department for visiting the sanctuary.

Spreading over an area of 2600 hectares, Sukhna Wildlife Sanctuary was established in 1998. It forms the part of Sukhna lake catchment area falling in Shivalik hills. Apart from the Sukhna Lake there are around 150 small and large water bodies in the Sukhna Wildlife Sanctuary that forms its catchment area. These water bodies also attract migratory birds and have a rich population of resident bird species.

The history of the Sukhna Lake and the Sukhna Wildlife Sanctuary is intertwined. The lake was created by the architect Le Corbusier in 1958 by diverting the Sukhna Choe, a seasonal stream that flows down from the Shivalik hills. Siltation was a big problem for the Sukhna Lake that had to be tackled and it was minimized by many engineering and soil conservation methods. A large scale afforestation program was taken up in the catchment areas that resulted in a good forest cover developed in the catchment area and the problem of siltation of the lake was also addressed effectively. The deep forest area that grew in size over five decades became home to a large variety of animals and plants. This forest was then designated as Sukhna Wildlife Sanctuary.

There are two entry gates to the Sanctuary i.e. Kansal gate and Nepli gate. The route to Kansal gate is via 'Khuda Alisher' village or 'Kaimbwala' village of Chandigarh. The route to Nepli gate is via 'Suketri' village of Haryana. Visitors have to take prior permission from the Chandigarh forest department for visiting the sanctuary. The sanctuary allows maximum 200 persons every day. So the permit for maximum 100 persons can be issued for Nepli and 100 persons for Kansal forests. The permits are issued on first come first basis.