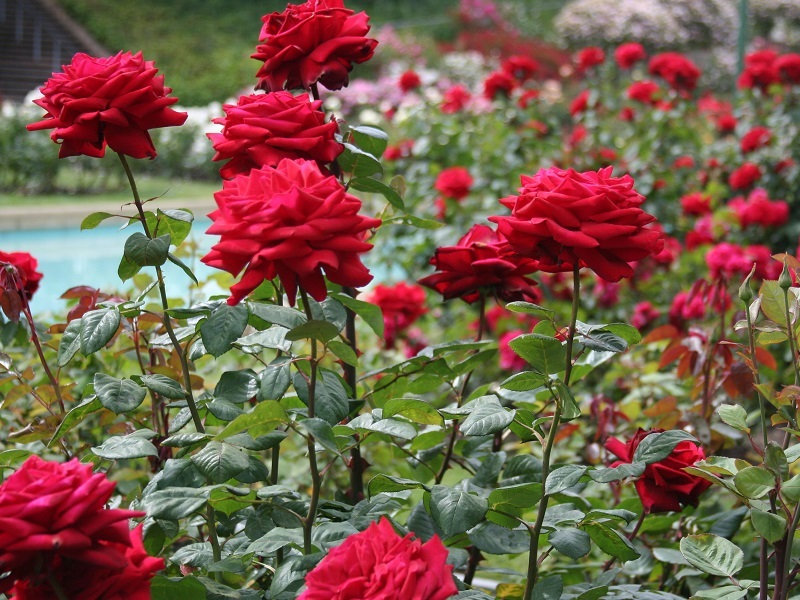 #3 of 23 Places to Visit in Chandigarh

Named after India's former President, Zakir Hussain, this beautiful garden was set up in 1967 with the support of Chandigarh's first Chief Commissioner, late Dr. M S Randhawa. Spread over an area of 30 acres, the park exhibits some of the rarest and exquisite varieties of roses and is said to be home to 1600 varieties of flowers. The rose plants have been planted in carved-out lawns and flower beds. The place is a sight to behold when the flowers are in full bloom.

The other major attraction of the garden is more than 32,500 varieties of trees and medicinal plants. Some of the medicinal plants that can be spotted here are bel, bahera, harar, camphor and yellow gulmohar. The garden is designed like a park and contains long stretches and curves of walking path which makes it comfortable for people who are jogging and exercising.

The Zakir Hussain Rose Garden serves as the venue for hosting an annual festival called Festival of Gardens, a major cultural event in Chandigarh during February or March. It receives visitors from all over the country in a very large number. Exhibiting the finest of roses, it also offers lots of competitions, cultural events and other celebrations.

The best time to visit the Rose Garden is from February to March. During this season the garden becomes colourful with variety of roses and the mesmerizing fragrance has an enthralling effect.